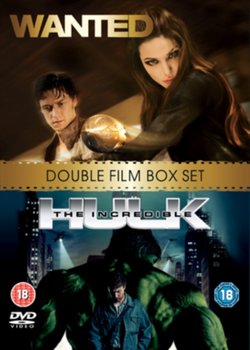 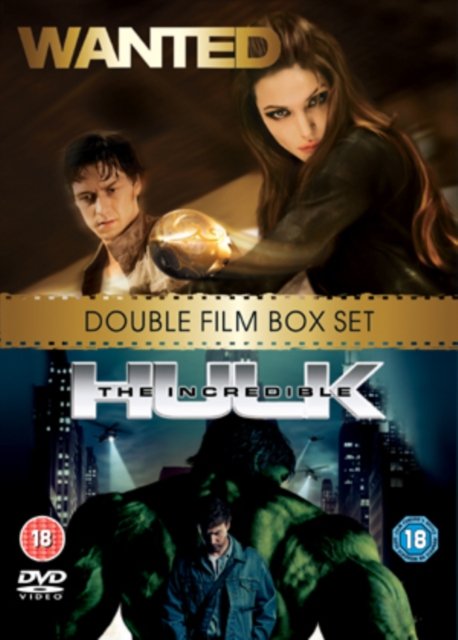 Wysyłamy w 24 godziny
Double bill of action films. 'Wanted' (2008) is a slick, fast-paced thriller in which a mundane office worker is transformed into a lethal assassin. Wesley Gibson (James McAvoy)'s life is one of dull routine. Trapped in a dead-end office job, unappreciated by his boss and cheated on by his girlfriend, Wes has accepted that he's never going to amount to much in life. But all that changes one day when he meets the enigmatic Fox (Angelina Jolie), a member of a secret society of assassins named The Fraternity who want to recruit Wes into their ranks. Dealing out death as ordained by fate itself, the society's leader, Sloan (Morgan Freeman), tells Wes that the father he always thought was dead was actually one of their top assassins, and that following his recent murder, he must now avenge his father's death by releasing the dormant powers he has inherited. Although reticent at first, Wes quickly warms to both the task and the icily-sexy Fox, as he discovers his natural aptitude for the job at hand whilst despatching the bad guys with supremely energetic efficiency. All-action Marvel Comics blockbuster, 'The Incredible Hulk' (2008), follows scientist Dr.Bruce Banner (Edward Norton) as he searches for the cure to his life-transforming alter-ego. Scouring the globe, searching for the antidote that will prevent him from changing into The Hulk, Banner is forced to keep a low profile, lest the military authorities that seek to exploit his powers finally catch up with him. In an ironic twist, he longs to be with the only woman he has ever loved, Betty Ross (Liv Tyler), who just happens to be the daughter of his chief military adversary, General Thaddeus 'Thunderbolt' Ross (William Hurt). Having finally decided to return to civilisation, Banner discovers that there's an even bigger and more dangerous enemy on the block - The Abomination (Tim Roth). A primal beast even more powerful than The Hulk, this new foe - the result of a foreign agent being exposed to an even larger dose of the radiation that created The Hulk - is unable to revert back to human form. Now the stage is set for the titanic battle of the two heavyweights, with New York the setting for the ultimate showdown.

Double bill of action films. 'Wanted' (2008) is a slick, fast-paced thriller in which a mundane office worker is transformed into a lethal assassin. Wesley Gibson (James McAvoy)'s life is one of dull
Udostępnij
Prezentowane dane dotyczą zamówień dostarczanych i sprzedawanych przez empik.