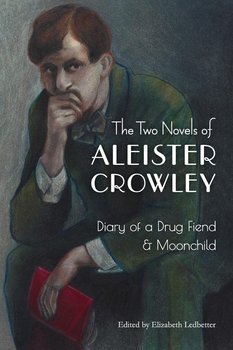 The Two Novels of Aleister Crowley 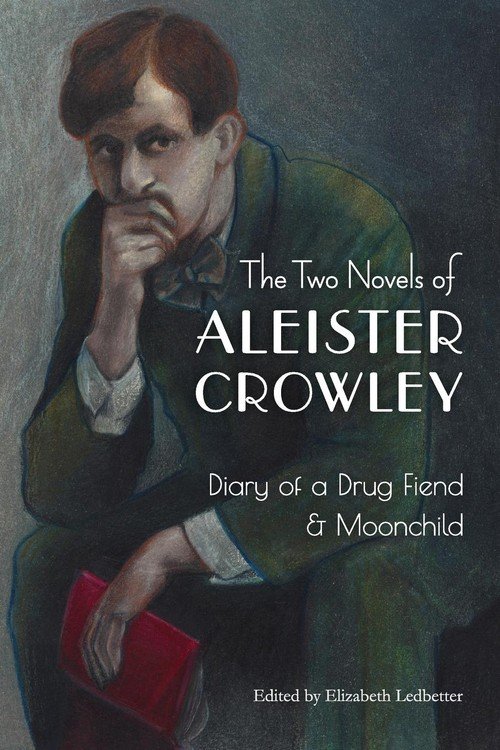 After finding it difficult to find quality copies of Aleister Crowley's two great novels: Moonchild ' Diary of a Drug Fiend, occult enthusiast Elizabeth Ledbetter teamed up with Mockingbird Press to create this attractive and professionally formatted volume containing both original works. Avoid the bootleg editions and get both of Crowley's great novels for your bookshelf today.

Aleister Crowley is best known for his work in the occult, his writings on Magick, and creating the religion of Thelema. He was a giant of his time with many talents and, some argue, many flaws as well. Of all his gifts, his writing was the vehicle that drove his genius.  His Book of the Law and other mystical works are widely read by students of occult philosophy. Few, however, are familiar with his more artistic endeavors, including his two literary novels: Diary of a Drug Fiend ' Moonchild.

For whatever reason, stories help readers integrate and understand larger themes and ideas present in the narrative. Perhaps that is why people look to allegories like Cain and Abel when trying to understand the nature of murder, or recite The Boy Who Cried Wolf when teaching their children not to lie. The truths appearing in fiction take no intellectual effort to grasp; they work subtly on the reader’s mind in a way that is easier to digest than the cold, hard philosopher’s stone.

His two novels carry the message of Thelema. The characters and themes in the books were imagined and created to dramatize and illustrate its practice. “Do what thou wilt shall be the whole of the law; Love is the law, love under will.” A short phrase with monumental import. In Diary of a Drug Fiend, Crowley shows its power to bring two hopeless addicts out of a pit of hell. In Moonchild, he demonstrates the fate of those who would misinterpret its meaning and be seduced by the temptations of Black Magick. Whether intended or not, The Two Novels of Aleister Crowley provide a more compelling case for his new religion than his other works ever could.

Crowley has had many successful works, including his Book of Shadows, Book of the Law (or Liber al vel Legis), Magick Without Tears, Magick in Theory and Practice, and The Confessions of Aleister Crowley. Despite the success of these works, he was widely criticized and labeled the ‘Wickedest Man in the World’ by the publications of his day. He was a Renaissance man whose life can be traced through fantastic events. His epic mountaineering attempts, scandalous love affairs, political espionage, and prolific career as a poet, writer and painter cemented his legacy as a figure that was larger than life.   His primary interest was the occult, and he carried out his studies with unquenchable energy. He claimed to be aided in his efforts by Aiwass, his so-called guardian angel who first spoke to him when he visited the ancient land of Egypt. He was prolific writer and insatiable researcher: producing volumes of work throughout his life filled with forgotten symbols, imagery and ritual. His texts on divination made him well known to modern illuminati conspiracy theorists; but those who have taken the time to read his texts could hardly believe he would associate with any group aiming to control another’s will. Diary of a Drug Fiend ' Moonchild are quintessential works for anyone wanting to fully understand his ideas. Crowley’s life and work will continue to influence those interested in the alternative side of spirituality

How To Stop Worrying And Start Living Carnegie Dale
5/5
43,79 zł