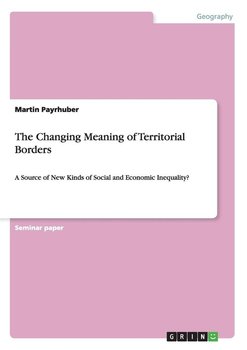 The Changing Meaning of Territorial Borders 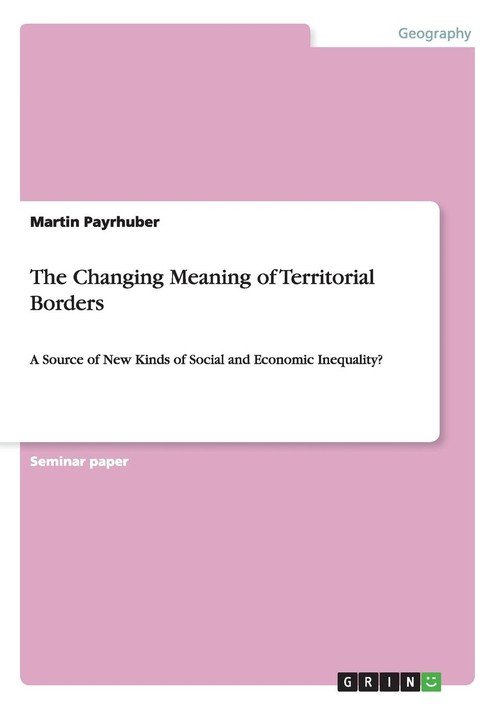 Seminar paper from the year 2014 in the subject Geography / Earth Science - Miscellaneous, grade: 1.0, University of Salzburg (Department of Geography and Geology), course: Seminar: Geographies of Inequalities, language: English, abstract: Amin points out that it is odd that the mainstream view of cities and regions is still one of territorial entities, although recent developments have been "transforming cities and regions into sites immersed in global networks of organization and routinely implicated in distant connections and influences". These developments have become known as globalization and were they reason why spatial configurations (e.g. territorial borders) are no longer necessarily territorial or scalar, because "the social, economic, political and cultural inside and outside are constituted through the topologies of actor networks which are becoming increasingly dynamic and varied in spatial constitution" (Amin). This paper intends to outline the circumstances and consequences of the development identified by Amin in terms of the creation of new forms of inequality and disparity. The first part deals with definitions in the realm of borders and boundaries, the second part treats the historical, current and future meanings of borders and the third part draws the connection between borders and inequality.

Seminar paper from the year 2014 in the subject Geography / Earth Science - Miscellaneous, grade: 1.0, University of Salzburg (Department of Geography and Geology), course: Seminar: Geographies of ...
Udostępnij