Wysyłamy w 24 godziny
A collection of Superman films old and new. In 'Superman - The Movie' (1978), a baby from the planet Krypton develops superhuman powers under Earth's yellow sun. As an adult (Christopher Reeve) he dons red cape and pants, and flies across the world doing good deeds, whilst also hiding behind the alias of mild-mannered reporter Clark Kent. Fellow journalist Lois Lane (Margot Kidder) falls for the muscleman in tights without realising he and her bumbling colleague are one and the same. This special-effects laden adaptation of the DC Comics series also features Marlon Brando in a highly-paid cameo and Gene Hackman as evil mastermind criminal Lex Luthor. Director Richard Lester provides a slightly tongue-in-cheek sequel with 'Superman 2' (1980), in which our hero continues to outstrip speeding bullets and leap tall buildings in a single bound, this time while preventing three arch-enemies from space from achieving world domination. In 'Superman 3' (1983), synthetic Kryptonite turns the normally upstanding Superman into a low-grade Supersleaze, clearing the path for a megalomaniac tycoon (Robert Vaughn) and a computer whiz (Richard Pryor) to take over the world. In 'Superman 4: The Quest for Peace' (1987), Superman, moved by a schoolboy's request, determines to rid the world of nuclear weapons. However, his arch enemy Lex Luthor, now a nuclear arms entrepreneur, clones Nuclear Man (Mark Pillow) from a strand of the hero's hair and the two mighty men battle it out in space. Finally, 'Superman Returns' (2006) is a sequel set after the events of 'Superman 2'. After eliminating General Zod and the other Kryptonian arch-villains, Ursa and Non, Superman (Brandon Routh) leaves Earth to search for his former home planet, Krypton. When he arrives he finds nothing but remnants and returns to Earth. Upon his return, he finds a Metropolis that doesn't need him anymore. Lois Lane (Kate Bosworth) is engaged to a relative of his boss (James Marsden), and to make matters worse, his arch-nemesis Lex Luthor (Kevin Spacey) has contrived a plot to build a continent using the crystals of Krypton that will wipe out most of North America. Superman must again race against time to stop the psychopathic Luthor before it's too late.

A collection of Superman films old and new. In 'Superman - The Movie' (1978), a baby from the planet Krypton develops superhuman powers under Earth's yellow sun. As an adult (Christopher Reeve) he ...
Udostępnij
Prezentowane dane dotyczą zamówień dostarczanych i sprzedawanych przez empik. 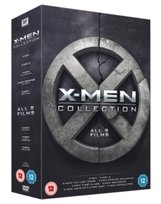 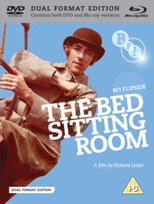