Ryan Gosling, Michael Fassbender and Rooney Mara star in this romantic drama written and directed by Terrence Malick. The film follows Faye (Mara), a young singer-songwriter from Austin who begins sleeping with powerful producer Cook (Fassbender) in the hope it will benefit her music career. While attending one of Cook's high-profile parties, she meets rising star BV (Gosling) and the pair quickly fall for each other. Although her relationship with BV begins to get serious Faye is unwilling to end things with Cook, fearing that her career prospects would suffer if she did. Meanwhile, Cook starts an affair with alluring waitress Rhonda (Natalie Portman) who is drawn to her new lover's flash celebrity lifestyle. The cast also includes Cate Blanchett, Holly Hunter and Val Kilmer. 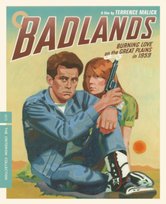