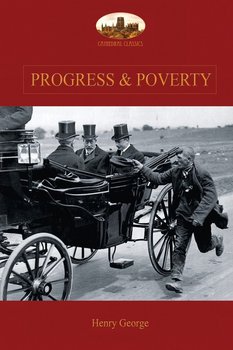 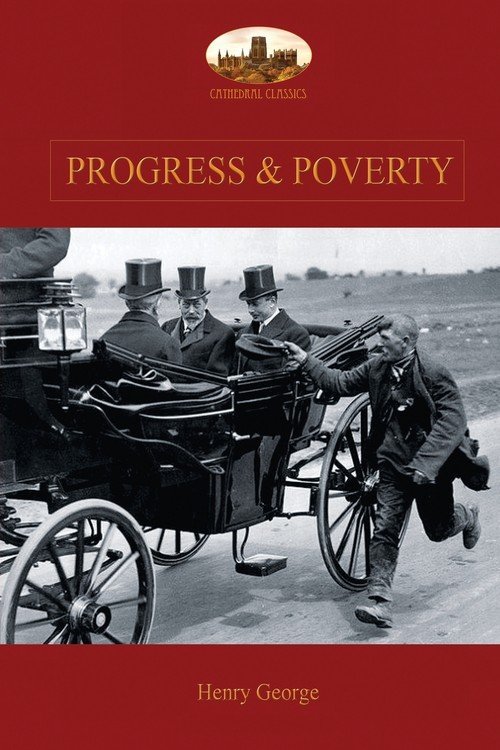 Born in 1839, Henry George learned about poverty early in life, first as a boy-sailor and afterwards by working as a type-setter with a wife and children to support.  A talented writer, he gradually rose to become managing editor of the San Francisco Times, and later set up his own crusading journal, the San Francisco Daily Evening Post, only to see his newspaper crushed by the combined power of the press and telegraphic monopolies. Undaunted, George set himself the task of explaining a universal economic conundrum - why does a country’s increasing prosperity always result in the most abject poverty for the lowest strata of society? Untrained in economics, he came to the subject with fresh eyes: “I had no theory to support, no conclusions to prove. Only, when I first realized the squalid misery of a great city, it appalled and tormented me, and would not let me rest, for thinking of what caused it and how it could be cured”.

The result of this enquiry was published in 1879 as Progress and Poverty.  It rejected many of the prevailing political­-economic theories, and claimed a natural alliance between worker and capitalist.  Using clear, reasoned arguments Henry George was able to show that the real villain of the piece was the rentier, the landowner who (unlike labour or capital), contributed nothing to the production of wealth but who was able to take the lion’s share from increased rents as a city grew - because land became more valuable.

This then, was the source of increasing poverty in an increasingly wealthy society: “When non-producers can claim as rent a portion of the wealth created by producers, the right of the producers to the fruits of their labor is to that extent denied. There is no escape from this position”.

He then proposed the revolutionary idea of abolishing all present taxes (which he saw, quite rightly, as an imposition on the productive sector) and replacing it with a tax on land.  Progress and Poverty caused a sensation, selling well over 3 million copies and winning praise from such great minds as Albert Einstein, Winston Churchill, Leo Tolstoy and Sun Yat-sen.  American Philosopher John Dewey wrote that unless one was acquainted with Henry George’s ideas “No man, no graduate of a higher educational institution, has a right to regard himself as an educated man in social thought…” This book is required reading for all those worried by the increasing disparity of wealth in modern society, and will open up a new vista of possible solutions.

Born in 1839, Henry George learned about poverty early in life, first as a boy-sailor and afterwards by working as a type-setter with a wife and children to support.  A talented writer, he ...
Udostępnij
Prezentowane dane dotyczą zamówień dostarczanych i sprzedawanych przez empik.

The Book Of Enoch - Translated From The Ethiopic, With Introduction And Notes Schodde George Henry
0/5
231,99 zł

History of the Mission of the United Brethren Among the Indians in North America Loskiel George Henry
0/5
247,99 zł

A Chronological History Of The Origin And Development Of Steam Navigation (1883) George Henry Preble
0/5
177,99 zł

China's Dream, The Culture of Chinese Communism and the Secret Sources of its Power Brown Kerry
0/5
106,00 zł