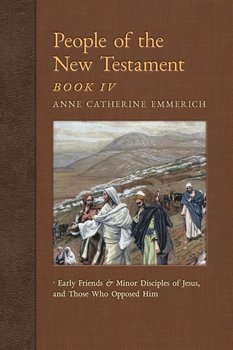 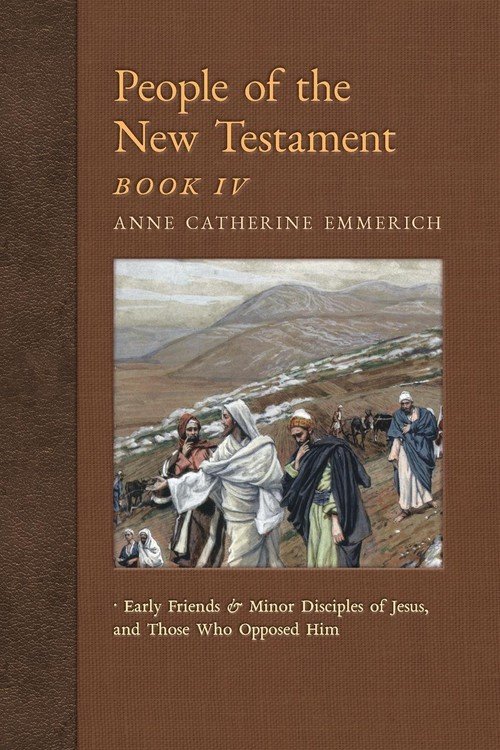 People of the New Testament (IV) is the sixth volume of the long-awaited “New Light on the Visions of Anne Catherine Emmerich” series. The first  two parts cover the visionary’s accounts of early friends and minor disciples of Jesus (most unknown to history), among them: Ananias, Jonadab, Parmenas, Joel, Jonah, Jonathan, Manasseh, Simon of Cyrene, Simon Zabulon, Zadoch. There follow summaries of the temporal sequence of the calling of the disciples, and of their geographical and familial origins. The third part covers Jesus’s historically unknown journey to Cyprus. The fourth details the likewise unknown journey of Jesus to the East some months before his crucifixion (in the company of the three shepherd youths Eremenzear, Eliud, and Silas) to visit the two of the Three Kings still living. There follows a section on later disciples, including Lentulus, Marcion, and Abdias, historian of the apostolic journeys. The final part offers a summary of the opponents of Jesus, including much on the little-known sect of the Herodians, as well as compilations on Herod Antipas, Pontius Pilate, Herodias and Salome, Philip the Tetrarch, Caiaphas and Annas, and Claudia Proculus, wife of Pontius Pilate.

People of the New Testament (IV) is the sixth volume of the long-awaited “New Light on the Visions of Anne Catherine Emmerich” series. The first  two parts cover the ...
Udostępnij
Prezentowane dane dotyczą zamówień dostarczanych i sprzedawanych przez empik.

Scenes from the Lives of the Saints Emmerich Anne Catherine
0/5
107,99 zł
premium

The Mystery of the Crucifixion Fatoohi Louay
0/5
56,99 zł
premium