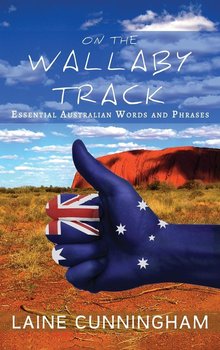 On the Wallaby Track 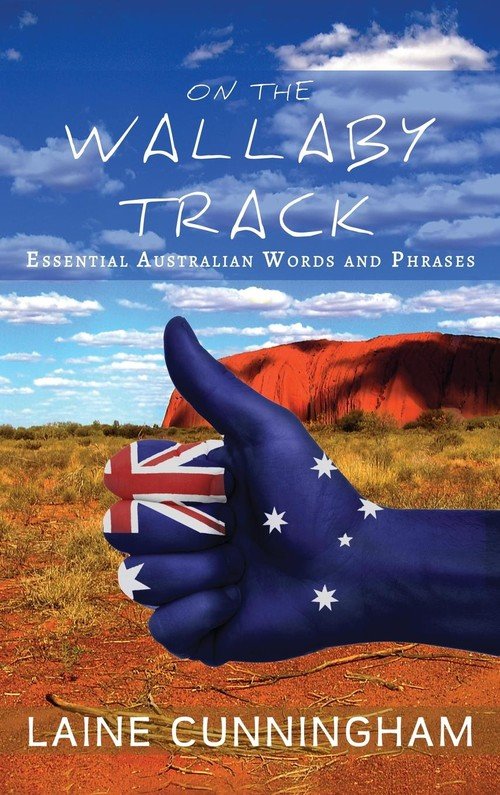 On the Wallaby Track (hardback)

Between the strong accent, Aussie slang, Aboriginal words that have become a common part of speech, and words garnered from their United Kingdom-based history, understanding Australian English can be a challenge.

After Laine Cunningham spent six months camping alone in the Outback, she wrote this book to help other travelers make the most of their vacations. She began by traveling from Sydney, New South Wales to Adelaide, South Australia. From there she headed to Coober Pedy, and then further to Alice Springs,, Northern Territory. A jog east took her to a cattle range near the Queensland Coast, up to Cairns, and then back out to Darwin. Another wide arc headed down the coast of Western Australia through Monkey Mia and Perth. Then she made the long drive across the Nullarbor Plain back to Adelaide.

By covering over 17,000 miles, Laine compiled a wealth of information about Australian and Aboriginal slang. On the Wallaby Track contains most of what you’ll need to eat, sleep, and survive in the beautiful and astonishing country called Australia. Every visitor will get more out of their vacation from accommodations to tours. And you won’t have to spend six months figuring it out!

Many words and phrases are used in quotes from award-winning novels and nonfiction books by the same author. Travel tips and Australia facts about wildlife, food, rental cars, camping, adventures, travel and tourism, cultural tours and more are touched on in the definitions, making this nearly as useful as a Lonely Planet guidebook for Down Under.

On the Wallaby Track is part of a series that offers fun and fascinating information to travelers. Other titles include Woman Alone, a warm and funny women’s adventure travel memoir about her six-month solo camping journey through the Outback popular with fans of Eat Pray Love and Wild.

Właśnie zrecenzowałem On the Wallaby Track New How to Understand and Train Your Border Collie Puppy or Dog Stead Vince
5/5
77,99 zł