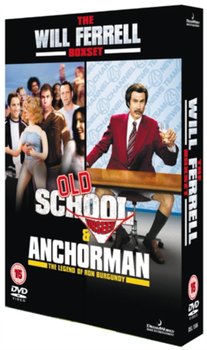 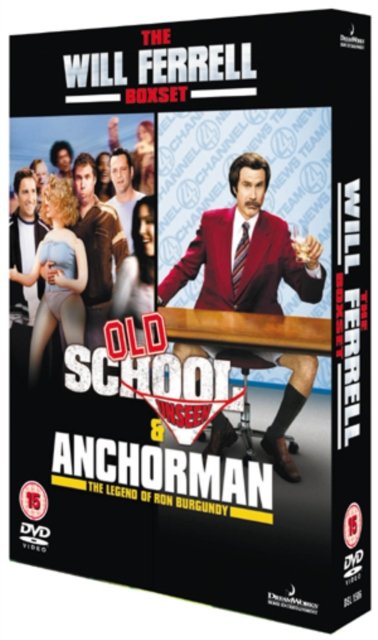 Wysyłamy w 24 godziny
Double bill of goofball comedies. 'Anchorman - The Legend of Ron Burgundy' (2004) is directed by former Saturday Night Live writer Adam McKay. Will Ferrell stars as Ron Burgundy, a top-rated 1970s San Diego anchorman who believes women have a place in the newsroom - so long as they stick to covering fashion shows or late-breaking cooking news, that is. So when Ron is told he'll be working with a bright young newswoman (Christina Applegate) who's beautiful, ambitious, and intelligent enough to be more than eye candy, it's not just a clash of two TV-people with really great hair: it's war... In 'Old School' (2003), director Todd Phillips - the man behind the controversial expose 'Frat House' - looks at what happens to the guys after they have left college and settled down into adult life. Mitch (Luke Wilson) catches the early flight home after a business trip and finds his wife (Juliette Lewis) in bed with a room full of naked strangers. He moves out and rents a house near the campus of his old college. With the help of his two best friends (both now married with kids), he gets down to serious partying. However, their partying soon attracts the students of the college - and the anger of the dean of the college who tries to make Mitch's neighbourhood a student-only area. 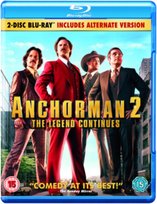 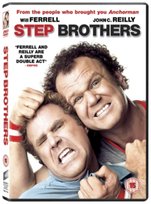