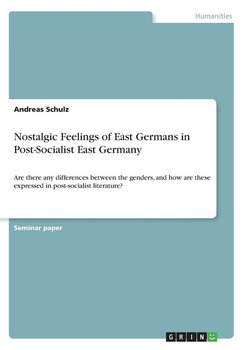 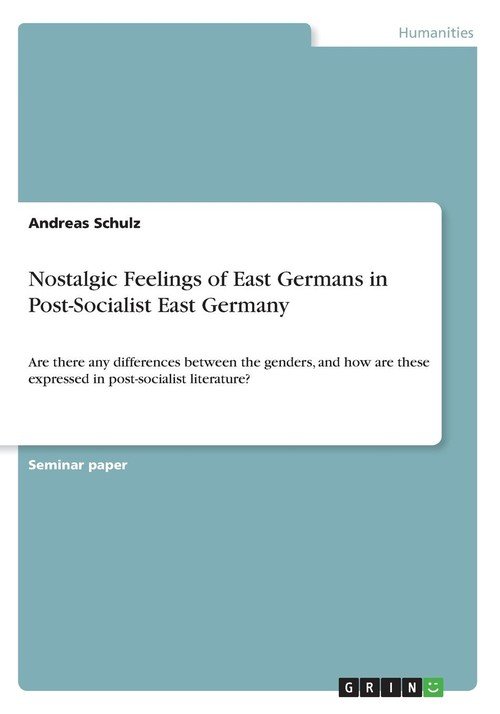 Seminar paper from the year 2016 in the subject Cultural Studies - European Studies, University of Vienna (Kultur und Sozialanthropologie), course: Whither Post-Socialism - Any News from the Former Socialist World?, language: English, abstract: In the following chapters I will introduce basic conceptual frameworks of nostalgia as a human method to handling time. After conceptualizing the nostalgia framework I will discuss labor and living conditions of females before and after the fall of the iron curtain and I will explain why there could be a gender gap in nostalgic feelings and what functions these expression of nostalgic behavior could have on men and women. A conclusion will sum up the main points of the discussion. The phenomenon of nostalgia (in all its patterns) is not limited or confined to the former socialist world. But it is especially crucial for these countries which can be labeled as a former post-communist/socialist country in observing complexity and multi-rootedness of the phenomenon of nostalgia like in East Germany. The dimensions and the functions of nostalgia itself are variable in the specific contexts of history-making and its dealings with time in order with future politics. It has for instance different function if we compare the role of it even in different post-socialist countries like East-Germany and Mongolia. But not just the functions, also the dimensions can differ from context to context. I would like to distinguish between several categories like the differences of nostalgia in gender, race and class perceptions. Although, the equality of genders and gendered work was proposed in socialist countries, the concept intersectionality builds a useful analytic frame within the discussions of nostalgia - even in the context of socialist settings. Because of the historical marginalization and boundaries in granting typical female work, the segregation of foreign contract workers as well as the social inequalities between elites and work

Seminar paper from the year 2016 in the subject Cultural Studies - European Studies, University of Vienna (Kultur und Sozialanthropologie), course: Whither Post-Socialism - Any News from the Former ...
Udostępnij