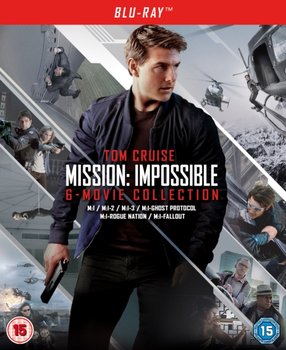 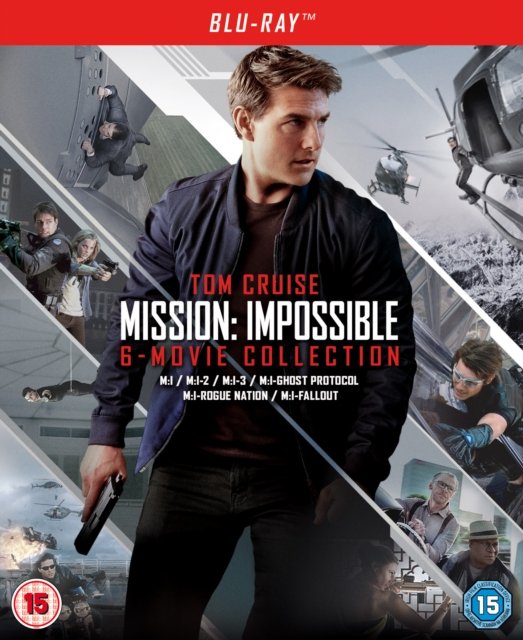 The first six films from the spy franchise starring Tom Cruise as a special agent Ethan Hunt. In 'Mission: Impossible' (1996) Impossible Mission Force agent Ethan Hunt is hunted by his own organisation after an assignment in Prague goes wrong. Going to ground, Hunt enlists the help of two discredited agents to track down the real villain of the piece, a quest that takes him to the heart of CIA operations. In 'Mission: Impossible 2' (2000) Hunt is tasked with tracking down renegade agent Sean Ambrose (Dougray Scott) who has stolen the only known supply of Bellophron - the antidote to man-made virus Chimera. Hunt enlists the help of Ambrose's ex-girlfriend, Nyah Nordoff-Hall (Thandie Newton) and, although the pair fall in love, Nyah agrees to return to Ambrose in order to gain information. However, Ambrose now intends to release an epidemic of Chimera in order to sell Bellophron to the highest bidder and when he becomes suspicious of Nyah he decides to use her as a guinea pig. In 'Mission: Impossible 3' (2006) Hunt confronts the toughest villain he's ever faced - Owen Davian (Philip Seymour Hoffman), an international weapons and information provider with no remorse and no conscience. Hunt assembles his team - his old friend Luther Strickell (Ving Rhames), transportation expert Declan (Jonathan Rhys Meyers), background operative Zhen (Maggie Q) and fresh recruit Lindsey (Keri Russell) - to travel the globe pursuing Davian and rescue Hunt's love, Julia (Michelle Monaghan). In 'Mission: Impossible - Ghost Protocol' (2011), when the Kremlin is bombed by terrorists, the IMF is implicated and all its team members instantaneously denied access by the United States government. Hunt and his new team must go rogue to clear the IMF's name but are warned that if any one of them is captured during their mission they will be charged as terrorists plotting to incite global nuclear war. Hunt seeks the help of enigmatic former IMF agent Brandt (Jeremy Renner) and is surprised to learn how much the shadowy figure knows about his past. 'Mission: Impossible - Rogue Nation' (2015) follows on from events in the previous instalment where the IMF agents find themselves being targeted by a shadowy organisation of highly-trained assassins known only as the Syndicate. Can Ethan reassemble the now-disbanded IMF team to bring down this rogue organisation before it's too late? Finally, in 'Mission: Impossible - Fallout' (2018), when an IMF operation goes badly wrong, Ethan finds himself isolated and unsure of who to trust as he attempts to complete his original mission. With the CIA questioning his motives and deadly assassin August Walker (Henry Cavill) on his tail, Ethan recruits his old IMF team as they bid to save the world from impending disaster.
Brak
ocen
5 0
4 0
3 0
2 0
1 0
Wystąpił problem z dodaniem recenzji. Spróbuj ponownie później.
Dziękujemy za dodanie recenzji 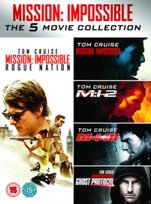 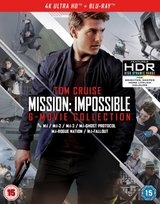