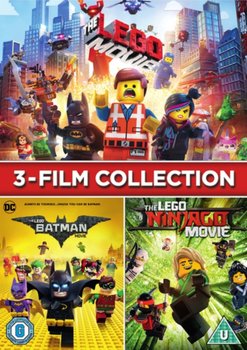 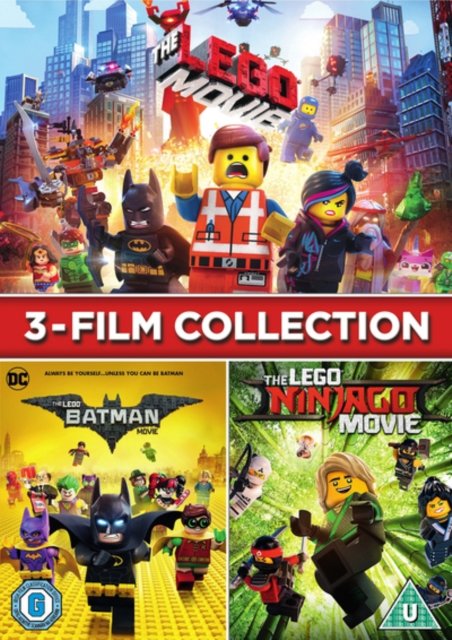 Wysyłamy w 24 godziny
Collection of three CGI-animated comedies based on toys made by Lego. In 'The LEGO Movie' (2014) the wicked Lord Business (voice of Will Ferrell) is determined to destroy the Lego universe and rebuild it using glue - which goes against the very nature of Lego. Mistaken as the 'Special', the only surviving Master Builder, the rather ordinary Emmet (Chris Pratt) is selected to lead a group of figures on a mission to put a stop to Lord Business's evil plan. Emmet is helped by wise wizard Vitruvius (Morgan Freeman), tough girl Wyldstyle (Elizabeth Banks) and DC superhero Batman (Will Arnett), but can he find something extraordinary within himself in order to save the world? In the spin-off, 'The LEGO Batman Movie' (2017), to prove the caped crusader can't live without him, The Joker (Zach Galifianakis) unleashes a horde of deadly supervillains from their prison in the Phantom Zone and enlists them to help him carry out his evil plan to take over Gotham City. Batman can't stop The Joker alone so he must begrudgingly learn to work as part of a team. To save Gotham, the lonesome crime-fighter joins forces with his new sidekick, Robin (Michael Cera), who he accidentally adopted, the new police commissioner Barbara Gordon (Rosario Dawson) and his superhero friends from the Justice League. Finally, 'The LEGO Ninjago Movie' (2017) follows six ninjas as they strive to protect their home city, Ninjago. Ninjas Kai (Michael Peña), Cole (Fred Armisen), Nya (Abbi Jacobson), Jay (Kumail Nanjiani), Zane (Zach Woods) and Lloyd (Dave Franco), trained by Master Wu (Jackie Chan), are forced into action to repel the daily attacks of the evil Lord Garmadon (Justin Theroux), who also happens to be Lloyd's dad. A recent battle between the forces of good and evil leads Lloyd to call upon the services of Master Wu's ultimate weapon, a cat named Meowthra that proceeds to destroy the city. To stop it, the ninjas embark on a quest to the Forest of Dangers, the Canyon of Death, and the Temple of Fragile Foundations in search of the ultimate-ultimate weapon. Can they succeed in defeating Meowthra and Lord Garmadon once and for all?

Collection of three CGI-animated comedies based on toys made by Lego. In 'The LEGO Movie' (2014) the wicked Lord Business (voice of Will Ferrell) is determined to destroy the Lego universe and ...
Udostępnij
Prezentowane dane dotyczą zamówień dostarczanych i sprzedawanych przez empik.