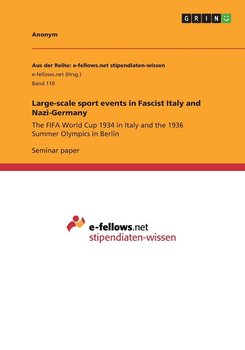 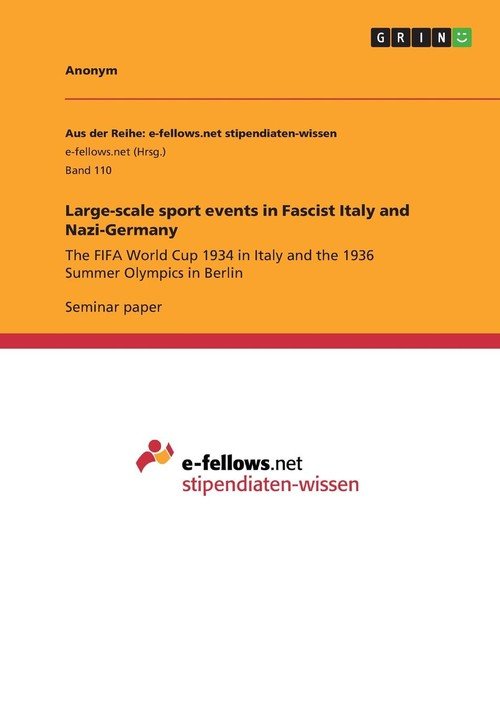 The Outbreak of the Sudanese Civil War. A Summary
Anonym Obcojęzyczne | paperback
79,99 zł

Wysyłamy w 4-5 dni
Seminar paper from the year 2008 in the subject Politics - Political Systems - History, grade: 1,33, Jacobs University Bremen gGmbH (-), language: English, abstract: Since the 1930s, international sport has become a form of cross-cultural activity which is able to attract and influence broad masses. It serves as a symbol of identification, be it either with a single athlete or the entire nation. It is, in contrast to economic or diplomatic relations, not object to direct governmental involvement; yet, exactly this uncommon opportunity of non-obvious political influence and interference has been appealing to regimes throughout the time. Big international sports events as a tool for political propaganda were discovered by Mussolini and Hitler, pertaining to 'their' respective event. The all forms of sport embracing Olympic Games, despite good-sounding mythological elements, turned out to mainly thrive on ties to global affairs, especially in non-democratic states. In this respect, Hitler's Nazi-Germany took the vanguard role in 1936 by realizing how behind mere sports competition domestic and international goals could be pursued. Two years earlier, the fast-growing single sports competition, namely the Football World Cup, had already been captured by the Fascist regime in Italy which saw the chance for an intrusion of political content as well. In the context of this History course which focuses on those two political movements, this paper tackles the question to which degree the named large-scale sports events were actually abused in the respective countries for propaganda purposes. Hereby, motives, goals, and strategies of the two regimes will be examined to obtain a comprehensive analysis. Finally, a concluding short comparison aims at clarifying which government accomplished its goals more 'successfully'. Of course the realm and the content of the two events don't allow an entirely congruent comparison. However, as Martin (2004) argues correctly, both Hitler and

The Outbreak of the Sudanese Civil War. A Summary Anonym
0/5
79,99 zł
premium

Analysis and Evaluation of Success Factors and Synergistic Effects in M&A Transactions in the Technology, Media and Telecommunication Industry Anonym
0/5
149,99 zł
premium