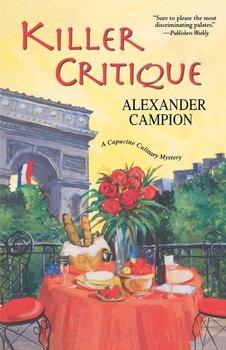 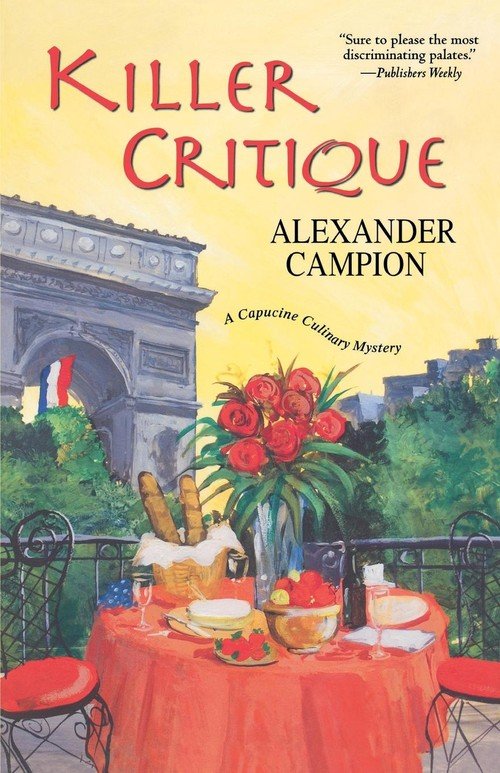 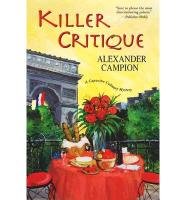 When the senior food critic for Le Figaro is found face-first in a plate of Ravioles d'homard, there seem to be as many suspects as there are restaurants in the City of Light. Yet Capucine feels she'll solve the case quicker than it takes to find a 3-star rating in the Michelin Guide. Un problem, murders of food critics have become an epidemic. And there are just as many suspects, including a sexy starlet, an award-winning novelist, and a smorgasbord of aggravated chefs. While Capucine struggles to zero in on the murderer's tastes, she is confronted with a false dilemma: file and forget the case, leaving restaurant critics across France vulnerable to a killer's episodic cravings, or use her husband, Alexandre, himself a famous food journalist, as irresistible bait.

"Will appeal to a diversity of readers. Devotees of G.M. Maillet and Charles Todd will especially enjoy this different and delicious series."  -Booklist on Killer Critique

"An astonishing debut that raises the bar on today's detective novel." -Aram Saroyan on The Grave Gourmet