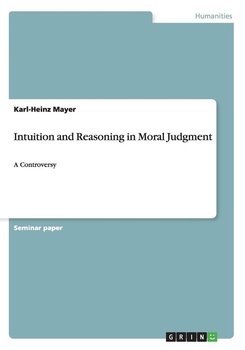 Intuition and Reasoning in Moral Judgment 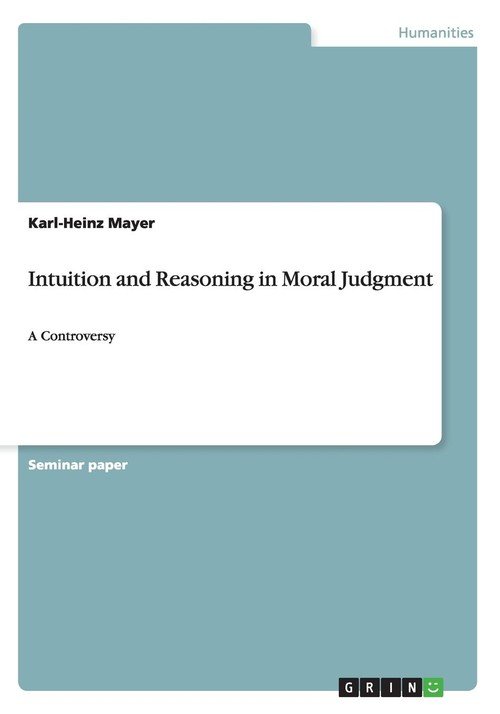 Wysyłamy w 72 godziny
Seminar paper from the year 2013 in the subject Philosophy - Philosophy of the Present, grade: 1, University of Vienna (Institut für Philosophie), course: Philosophische Moralpsychologie, language: English, abstract: This seminar paper is about the balance between intuition and affect on one hand, and conscious reasoning on the other, in moral decisions. The basis for this analysis consists of recent neurobiological and psychological research. The paper first looks for some input from Neurophysiology to understand what is known about the "wiring" in our brain for moral decisions. Are moral judgments effectuated in the "rational" cortical regions of the brain or in the "intuitive", affective, and emotional subcortical region? It then presents a controversy between Jonathan Haidt and Pizarro and Bloom over the predominance of intuition over reasoning in moral judgment. Jonathan Haidt proposes a theory called Social Intuitionist Approach that postulates a priority of intuition over reason, combined with a social component. Moral decisions are predominantly intuitive, he argues, and reason is primarily used to justify the decision afterwards. Pizarro and Bloom are not fully convinced. While they agree with some parts of Haidt's theory, they contradict his overall conclusion about the dominance of intuition over reason. In their opinion there is sufficient room for training one's intuitions and for rationally preparing moral decisions. Haidt counters the counter-arguments, but concedes that statistical data are missing, which would allow a final assessment of the matter.