Wysyłamy w 24 godziny
So Yong Kim directs this downbeat study of a struggling musician trying to connect with the six-year-old daughter he faces losing. Estranged from his wife Claire (Margarita Levieva), down-at-heel rock musician Joby (Paul Dano) sets out from Chicago on a journey to sign the papers on his divorce settlement. With communication between the pair now reduced to contact between their respective lawyers, Joby learns that the financial settlement includes a clause requiring him to give up all custody and visitation rights to his daughter Ellen (Shaylena Mandigo). Despite having had no involvement with his daughter while he immersed himself in his music career, Joby now instructs his lawyer to fight for the clause's removal and sets out to build bridges with the daughter he hardly knows. 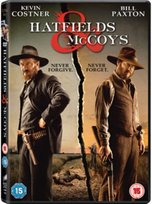