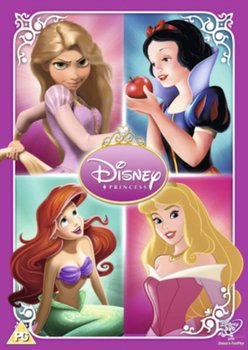 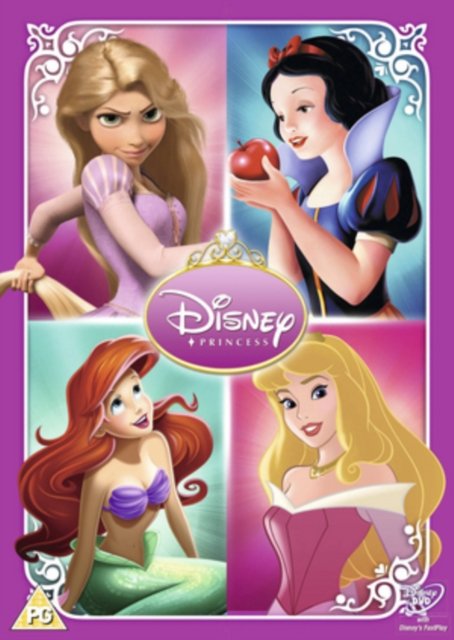 Collection of four animated Disney features adapted from fairy tale stories. 'Tangled' (2010) is a retelling of the classic Brothers Grimm fairy tale 'Rapunzel'. While hiding out in a seemingly abandoned tower deep in the forest, handsome young bandit Flynn Rider (voice of Zachary Levi) is surprised to discover that the tower does in fact have an occupant in the form of feisty long-haired teen Rapunzel (Mandy Moore). Rapunzel, who has been looking for a means of escape from the tower in which she has been grounded for her entire life, strikes a deal with the dashing outlaw and the unlikely pair soon find themselves caught up in the adventure of a lifetime as they face magic, monsters and villains in their quest for freedom. In 'Snow White and the Seven Dwarfs' (1937), also based on a fairy tale by the Brothers Grimm, Snow White (Adriana Caselotti) is born pure and beautiful, so beautiful that her evil stepmother orders a huntsman to take her into the forest and kill her. However, the huntsman takes pity on the young beauty and sets her free. Alone and lost in the forest, she soon meets a group of kindly dwarfs, who provide her with friendship and a place to sleep. But the evil stepmother is still at large, planning to kill Snow White using the tried and tested method of a poisoned apple. In 'The Little Mermaid' (1989), based on Hans Christian Andersen's story, Ariel (Jodi Benson) is the mermaid daughter of King Triton (Kenneth Mars), and lives beneath the waves. However, Ariel longs to see the world above, especially after rescuing a handsome prince from drowning. To this end she makes a deal with sea witch Ursula (Pat Carroll): Ariel can live above the sea in exchange for her beautiful singing voice. Ariel soon regrets her decision, however, when it transpires that her father's kingdom is at risk. In 'Sleeping Beauty' (1959), adapted from another folk tale written by the Brothers Grimm, Princess Aurora (Mary Costa) falls into a deep and endless sleep on her 16th birthday as a result of a curse put on her when she was born by the evil fairy Maleficent (Eleanor Audley). Only a kiss from Prince Phillip (Bill Shirley) can wake Aurora, and three good fairies set out to engineer that event.
Brak
ocen
5 0
4 0
3 0
2 0
1 0
Dziękujemy za dodanie recenzji