A collection of all three 'Beverly Hills Cop' films. In the first film Eddie Murphy plays fast-talking Detroit cop Axel Foley, whose regular assignments include tracking down cigarette thieves. When a friend is killed, he begins an unofficial investigation which leads him to Beverly Hills, where he runs into trouble with the straight-laced police force who disapprove of his anarchic methods. However, with the help of fellow cops Rosewood (Judge Reinhold) and Taggart (John Ashton), he tracks down the killers. In the second film Foley (Murphy) is called off a credit card case when his Beverly Hills buddies are foiled on a trail more suited to his unique skills - that of an illegal arms dealer (Jurgen Prochnow). With Brigitte Nielsen as a James Bond-style hitwoman. Finally in the third film Axel's boss is gunned down in a bungled raid in Detroit, and Axel (Murphy) swears to catch the killers. The trail leads him, once again, to Beverly Hills and a huge theme park, which is run by the head of a private security firm. After many capers, it transpires that the theme park is printing counterfeit cash. 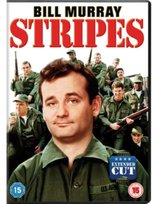