An Introduction to Non-Classical Logic

An Introduction to Non-Classical Logic (paperback)

'Priest's Introduction to Non-Classical Logic is my textbook of choice for introducing non-classical logic to undergraduates. It is unique in meeting two almost inconsistent aims. It gives the reader an introduction to a vast range of non-classical logics. No comparable textbook manages to cover modal logics, conditional logics, intuitionistic logic, relevant and paraconsistent logics and fuzzy logic with such clarity and accessibility. Amazingly, it is not merely a catalogue of different logical systems. The distinctive value of this Introduction is that it also tells a coherent story: Priest weaves together these different logics in the one narrative - the search for a logic of conditionals. With the publication of the second volume, this unique combination of breadth and coherence now covers much more ground, and the reader now has an expert guide to much more of the vast field of research in non-classical logics.' Greg Restall, The University of Melbourne 'I've used your book (first edition, that is) for years now in my upper level philosophy of logic courses. It is easily the best introduction to non-classical logics. I especially like its coverage of conditionals, and the introduction to relevant logic. Over the years, your book has made my students come to appreciate the variety and scope that exists within in formal logic, I intend to use the new edition so as to carry similar investigations into first order theory.' Jeffry Pelletier, Simon Fraser University 'Graham Priest's Introduction to Non-Classical Logic made this fascinating material on alternative logics accessible to my students for the very first time. The very welcome new edition extends the range of what is addressed to include important questions about quantification for modal logic, and the other systems as well.' Tony Roy, California State University, San Bernardino 'The first edition of Graham Priest's Introduction to Non-Classical Logic turned out to be an extremely useful and well-written introductory guide to the vast and difficult to survey area of non-classical and philosophical logic. The substantially expanded second edition in two volumes is bound to become a standard reference.' Heinrich Wansing, Dresden University of Technology 'Clear, self-contained, generously complete: this is bound to be the classic on non-classical logics for many years to come.' Achille Varzi, Columbia University 'This is an excellent introductory book to modern non-classical logics, fully accessible to non-professionals, and useful to professionals too. I have used part of its content in teaching Non-Classical Logic in the past years, and the response from my students shows the great success of the author's intention. The proof system it employs and the meta-proofs it provides are extremely easy to follow, while those followed-up philosophical discussions it summarizes for each logic system are both concise and lucid. It is not only a work introducing modern non-classical logic systems, but also a work full of interesting philosophical discussions on the motivations, advantages and disadvantages of these systems. With one penetrating theme - what a logic of conditionals should be like - in mind, the author has effectively organized a variety of topics into one integrated work. I would recommend it both to logicians and to philosophers, to professionals and to non-professionals.' Wen-fang Wang, National Chung Chen University 'The second edition of Graham Priest's book is, like the first, clearly expressed, well thought out for the student and an essential work for all those studying philosophy who want an adequate grounding in non-classical logic. I have used the first edition successfully in my intermediate class for the last five years, and will certainly be adding the second edition to the reading list when it is available.' Steve Read, University of St Andrews 'Priest succeeds in offering a marvellously unified treatment of 11 varieties of logic: classical, basic modal, normal modal, non-normal, conditional, intuitionist, many-valued, first-degree entailment, basic relevant, mainstream relevant, and fussy ... Excellent references support this concise but clear treatment.' Choice 'This book is just what the title says it is ... And it is a very good one ...' Stewart Shapiro, University of Ohio ' ... for anyone who wants to explore the non-classical systems, it is the only book of its kind and could not be more highly recommended.' The Times Higher Education Supplement 'I've just picked up a copy of the second edition of Graham Preist's An Introduction to Non-Classical Logic from the CUP bookshop. It looks terrific. More than twice the length of the first edition which just covered propositional logics, this covers their extensions with quantifiers and identity too. I thought the fist edition was terrific: so this is a hugely welcome expansion and I'm delighted to report that CUP has published this as a paperback in their Cambridge Introductions to Philosophy Series at just GBP18.99, which is surely an amazing bargain for a well produced 613 page book. So a must-buy and a must-read!' Logic Matters

'Priest's Introduction to Non-Classical Logic is my textbook of choice for introducing non-classical logic to undergraduates. It is unique in meeting two almost inconsistent aims. It gives the ...
Udostępnij
1 recenzja

Up in the Air. Our Fight Against Gravity Shackleton Caroline , Turner Nathan Paul
0/5
35,99 zł 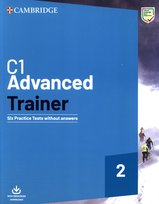 Why is There Something Rather Than Nothing? Kołakowski Leszek
0/5
42,99 zł

Cambridge Texts in the History of Philosophy Nietzsche Friedrich
0/5
172,00 zł

Our Knowledge of the External World Russell Bertrand
0/5
94,00 zł

Montaigne and the Lives of the Philosophers Calhoun Alison
0/5
261,99 zł

Rhetoric and the Familiar in Francis Bacon and John Donne Derrin Daniel
0/5
545,99 zł