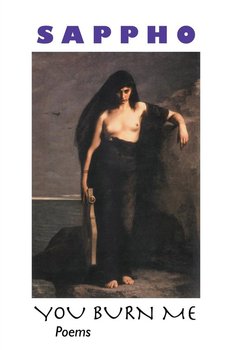 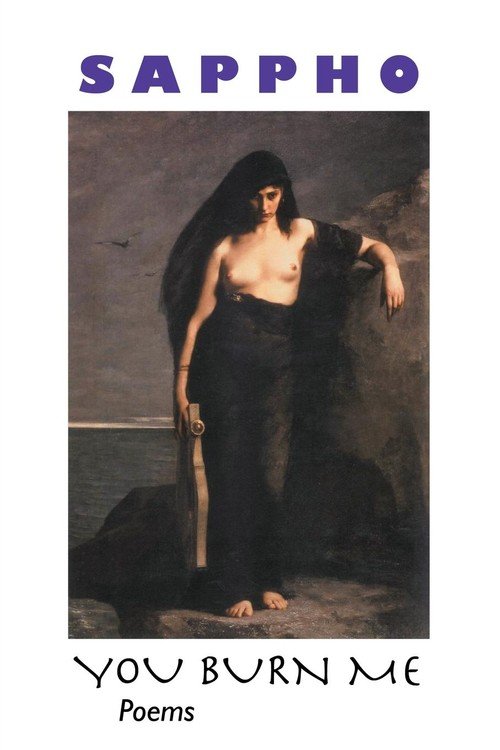 You Burn Me (paperback)

Wysyłamy w 6-8 dni
YOU BURN ME: POEMS by SAPPHO Translated by J.M. Edmonds Edited by Louise Cooper A book of poems by the ancient Greek poet Sappho, including a new gallery of images of Sappho's art (featuring Greek art and paintings).

Sappho has become one of the touchstones of Western poetry, an icon and heroine for poets of any gender. For the simple reason that her poetry is very, very good. Well, not just good, it's genius, the real thing. Sappho has been cited by many many poets, including Lord Byron, Sir Philip Sidney, John Donne, Alexander Pope, John Addison, Dante Gabriel Rossetti, Samuel Taylor Coleridge, Alfred Tennyson, Christina Rossetti, Algernon Swinburne, Thomas Hardy, William Carlos Williams, Allen Tate, Robert Lowell, Lawrence Durrell, Robert Graves, Amy Lowell, Ezra Pound, Edna St Vincent Millay, and many contemporary poets. Sappho has become an icon for lesbian, gay and queer poets and writers. She has been the subject of much critical debate; in the 19th and early 20th centuries, questions of authorship were prominent; in the Eighties and Nineties, Sappho's poetry was absorbed into lesbian and queer theory and poetics.

Aside from the poem to Aphrodite, the rest of Sappho's work is in fragments, sometimes nothing more than a word or a phrase. Sometimes not even the words are complete. Yet her poetic voice shines through the fragments: very sensuous, ironic, self-deprecating, passionate, very lyrical. Her vocabulary is direct and simple, and sometimes colloquial. Edgar Lobel, one of Sappho's celebrated translators, said that her language was 'non-literary'. Her metaphors are powerful, sometimes lush - such as the ecstasy of love being compared to the wind in the oak trees on a mountainside.

The imagery in her poetry is of the natural world, in all its beauty and simplicity, its violence and cruelty. There are images of trees, mountains, streams, the sun and moon, stars, orchards, flowers, breezes, grass, nights, dawns, and the Pleiades. In her poetry one finds evocations of paradisal worlds, with streams, springs, apple trees, sunshine, roses, incense and gardens. Sappho's is a synaesthetic poetry, one which sets alive all the senses, as most of the best poetry does.

Includes a new, revised gallery of art featuring Sappho and art based on her works, an introduction and a bibliography.

Available as an E-book.

Właśnie zrecenzowałem You Burn Me

YOU BURN ME: POEMS by SAPPHO Translated by J.M. Edmonds Edited by Louise Cooper A book of poems by the ancient Greek poet Sappho, including a new gallery of images of Sappho's art (featuring Greek ...
Udostępnij
Prezentowane dane dotyczą zamówień dostarczanych i sprzedawanych przez empik.

Stung with Love: Poems and Fragments of Sappho Sappho
0/5

Love that moves the sun and other stars Alighieri Dante
5/5
14,64 zł

Television Was a Baby Crawling Toward That Deathchamber Ginsberg Allen
0/5
14,64 zł

The Importance of Being Earnest and Other Plays Oscar Wilde
0/5
21,15 zł