'The book is a house of wonders' The New York Times 'Steven Johnson is the Darwin of technology' Walter Issacson, author of Steve Jobs What connects Paleolithic bone flutes to the invention of computer software? Or the Murex sea snail to the death of the great American city? How does the bag of crisps you hold in your hand help tell the story of humanity itself? In his brilliant new work on the history of innovation, international bestseller Steven Johnson argues that the pursuit of novelty and wonder has always been a powerful driver of world-shaping technological change. He finds that that throughout history, the cutting edge of innovation lies wherever people are working the hardest to keep themselves and others amused. Johnson's storytelling is just as delightful as the inventions he describes, full of surprising stops along the journey from simple concepts to complex modern systems. He introduces us to the colourful innovators of leisure: the explorers, proprietors, showmen, and artists who changed the trajectory of history with their luxurious wares, exotic meals, taverns, gambling tables, and magic shows. Johnson compellingly argues that observers of technological and social trends should be looking for clues in novel amusements. You'll find the future wherever people are having the most fun. Wondrous...he has that knack of making the familiar seem gloriously fresh and his ideas squirm into your brain...the writing sings throughout...it's a joy and every twist is worth fully digesting -- Hugo Rifkind * The Times * Seductively erudite...a speed-read history of the serendipitous and the entertaining * The Observer * There is a fabulous amount here to be surprised by and interested in. It's a book about delight that is itself delightful * The Spectator * It's vintage Johnson, a fascinating and surprising guide to the history of innovation * Tim Harford * Johnson is an engaging writer, unable to bore the reader * The Guardian * Steven Johnson has an eye for the most interesting new ideas * Steven Pinker * The book is a house of wonders...the flutes made of bone, the zoos, the purple dye made from snails, the roulette, the automatons of digesting and defecating ducks, and Minecraft. These novelties, in turn, are connected backward in time often to ancient forces - and then forward to their cultural derivations, including synthesizers, computers and the internet. * The New York Times Book Review * Mr. Johnson's narrative is crammed with elegantly told vignettes from the history of ideas...The book is full of excellent facts * The Wall Street Journal * A rare gem. . . . Our illogical, enduring fascination with play remains one of life's great mysteries. That is precisely what makes the subject so fascinating, and Wonderland such a compelling read * The Washington Post * Johnson clearly delights in eccentric facts, and the book is fun to look at * Financial Times * Johnson's writing derives its appeal from his ability to illuminate complex ideas in unpretentious language...Johnson's prose is nimble, his knowledge impressive...Wonderland is original and fun * The San Francisco Chronicle * Wonderland brims with these sorts of tidbits, memorable moments, and bits of information that light up the mind * The Boston Globe * Johnson entertainingly shows how appetites for spices led to international exploration and colonial empires and how the ornamentation of fashion and jewelry spurred technological innovation and industry. He tells of the social revolutions that were hatched in taverns and coffeehouses, public spaces distinctly different from those where one worked, lived, or worshipped, and he suggests that commerce and consumption were not byproducts of the Industrial Revolution but driving forces. Johnson also shows the darker sides of colonial empires built on spices and of the shopping mall, which catered to consumption while threatening the inner city. There's an infectious spirit of delight in the prose, which matches the themes in a book that will engage even those not entirely convinced by its thesis to take a look from a different perspective. * Kirkus Review * In this charming study, Johnson (How We Got to Now) examines how the seemingly frivolous and unproductive aspects of society - the things people do for fun, pleasure, and entertainment - have influenced, defined, and created the world... In an entertaining and accessible style, he takes tangents that arrive at sometimes startling conclusions, like a magician practicing misdirection * Publishers Weekly * Johnson is a master storyteller, weaving disparate elements together into a rich and seamless tapestry of technology and human history * Booklist (starred review) *

'The book is a house of wonders' The New York Times 'Steven Johnson is the Darwin of technology' Walter Issacson, author of Steve Jobs What connects Paleolithic bone flutes to the invention of ...
Udostępnij
Prezentowane dane dotyczą zamówień dostarczanych i sprzedawanych przez .

Alice's Adventures in Wonderland and Through the Looking-Glass Carroll Lewis
0/5
101,00 zł

Alice's Adventures in Wonderland & Through the Looking-Glass Carroll Lewis
0/5
78,00 zł

The Return of Sherlock Holmes and His Last Bow Doyle Arthur Conan
0/5
51,00 zł 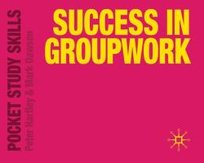 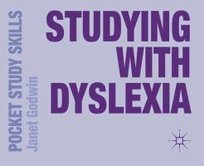