Wysyłamy w 24 godziny
Between biography and fiction, between magical realism and surrealism, Woman Like Me can be considered Malaparte's highest stylistic achievement in the short story format. The haunting yet nostalgic subject matter married with the captivating prose result in a highly original and personal work by the author of Kaputt and La Pelle. Malaparte published Donna Come Me (Woman Like Me) in 1940, introducing it with a quote from Lautréamont, thus strengthening the link between his work and that of the literary father of the French Surrealists. Four years prior to Donna Come Me, Malaparte published a book of short stories entitled Fughe in Prigione (Escapes in Prison). The title of the book Fughe in Prigione as opposed to Fuga dalla Prigione presents Malaparte's short stories as forms of mental escape, suggesting that one can imprison the body but the mind of a writer cannot be restrained. In Woman Like Me the short story format finds a more autobiographical thread, the Like Me suffix linking together disparate times and loves in Malaparte's life, a reassertion and reassembly of his carefully constructed identity in literary format. Woman Like Me's short stories are a part-real part-fictional account of Malaparte's memories, dreams and desires. The overwhelming presence of the natural world seems to act as a mirror that reflect his states of mind, and is the element that links the captivating prose of the book and the choice of location his notorious house, the Casa Malaparte in Capri. In the short stories of Woman Like Me, Malaparte invites the reader into his own private prison by the sea, into his own solitude amidst the Mediterranean landscape.

Between biography and fiction, between magical realism and surrealism, Woman Like Me can be considered Malaparte's highest stylistic achievement in the short story format. The haunting yet nostalgic ...
Udostępnij
Prezentowane dane dotyczą zamówień dostarczanych i sprzedawanych przez empik. 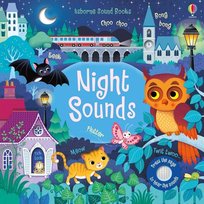 Elon Musk. How the Billionaire CEO of Spacex and Tesla is Shaping Our Future Vance Ashlee
4.6/5
35,99 zł 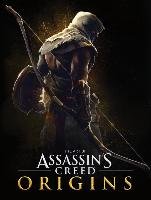