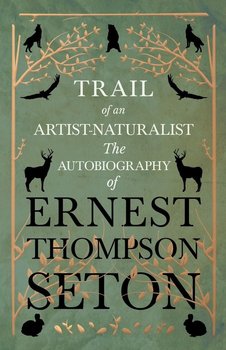 Trail of an Artist-Naturalist - The Autobiography of Ernest Thompson Seton 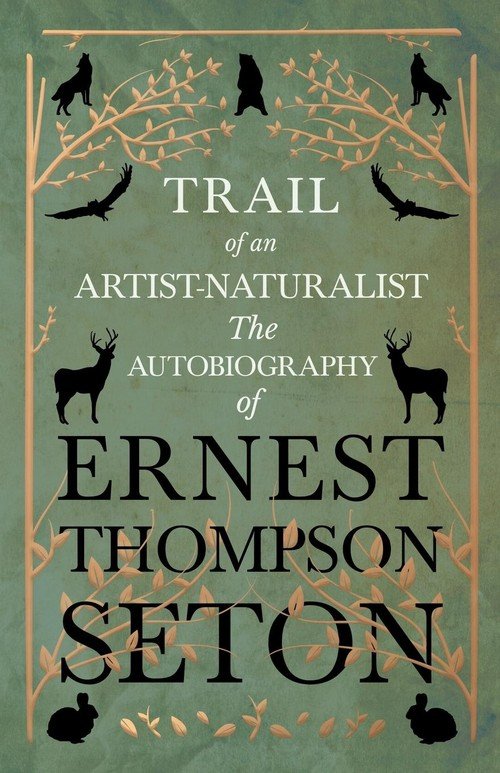 Wysyłamy w 2 tygodnie
"Trail of an Artist-Naturalist" is the 1940 Autobiography of Ernest Thompson Seton. Ernest Thompson Seton (1860 - 1946) was an English author and wildlife artist who founded the Woodcraft Indians in 1902. He was also among the founding members of the Boy Scouts of America, established in 1910. He wrote profusely on this subject, the most notable of his scouting literature including "The Birch Bark Roll" and the "Boy Scout Handbook". Seton was also an early pioneer of animal fiction writing, and he is fondly remembered for his charming book "Wild Animals I Have Known" (1898). This volume constitutes a fascinating look into the life of a person who played an important role in the environmental and naturalist movement of a young North America, and it is not to be missed by those with an interest in the history of American Scouting. Other notable works by this author include: "Lobo, Rag and Vixen" (1899), "Two Little Savages" (1903), and "Animal Heroes" (1911). Many vintage books such as this are becoming increasingly scarce and expensive. We are republishing this book now in an affordable, modern, high-quality edition complete with a specially-commissioned new biography of the author.

"Trail of an Artist-Naturalist" is the 1940 Autobiography of Ernest Thompson Seton. Ernest Thompson Seton (1860 - 1946) was an English author and wildlife artist who founded the Woodcraft Indians in ...
Udostępnij
Prezentowane dane dotyczą zamówień dostarczanych i sprzedawanych przez empik.

The Book of Woodcraft and Indian Lore - Survival in the Wild Seton Ernest Thompson
0/5
275,99 zł

Two Little Savages - Being the Adventures of Two Boys who Lived as Indians and What They Learned Seton Ernest Thompson
0/5
85,99 zł

Sign Talk - A Universal Signal Code Without Apparatus For Use in Army, Navy, Camping, Hunting and Daily Life - The Gesture Language of the Cheyenne Indians Seton Ernest Thompson
0/5
88,99 zł

Maybe You Should Talk to Someone: A Therapist, Her Therapist, and Our Lives Revealed Gottlieb Lori
0/5
36,99 zł

Portraits of Suffragists and Early Feminists of the United Kingdom and the United States of America Various
0/5
149,99 zł

Our Album Of Authors - A Cyclopedia Of Popular Literary People. Mcalpine Frank
0/5
160,99 zł

Portraits of Influential French Women of the 18th and 19th Centuries Various
0/5
151,99 zł

The Estimates Of Moral Values Expressed In Cicero's Letters - A Study Of The Motives Professed Or Approved Gordis Warren Stone
0/5
139,99 zł

Germanicus - Or, Extracts From The Annals Of Tacitus - With English Notes, Introduction, Etc. For The Middle Forms Of Public Schools. Beesly A. H.
0/5
123,99 zł

Hand Book of Calculations for Engineers and Firemen. Relating to the Steam Engine, the Steam Boiler, Pumps, Shafting, Etc. Comprising the Elements of Hawkins Nehemiah
0/5
152,99 zł

Letter From The Right Reverend - The Lord Bishop Of Orleans To M. Minghetti, Minster Of Finance To King Victor Emmanuel, On The Spoliation Of The Church At Rome And Throughout Italy - Together With The Brief Of The Pope To The Bishop Of Orleans Dupanloup Antoine P.
0/5
137,99 zł

The Diary Of Thomas Vernon - A Loyalist, Banished From Newport By The Rhode Island General Assembly In 1770. With Notes By Sidney S. Rider. To Which Is Added The Vernon Family And Arms, And The Genealogy Of Richard Greene, Of Potowomut. Vernon Thomas
0/5
143,99 zł