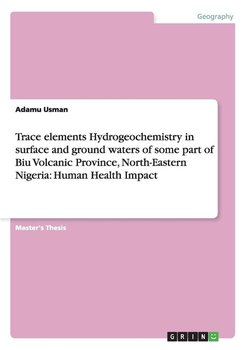 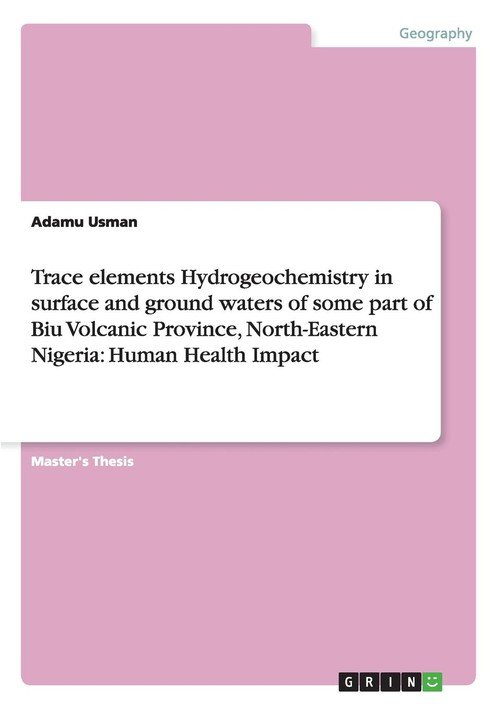 Wysyłamy w 4-5 dni
Master's Thesis from the year 2012 in the subject Geography / Earth Science - Geology, Mineralogy, Soil Science, University of Jos (University of Jos, Nigeria, GeoMining), course: Hydrogeology and Engineering Geology, language: English, abstract: The Biu Volcanic Province is one of the largest Volcanic Provinces in Nigeria covering an area of 5000 km2 with a thickness of 250m. The volcanoes are built up by essentially basaltic materials and are of two textural types namely: the Biu type, which is flow basalts, massive with vesicles, and the Maringa type, highly scoraceous and associated with pyroclastic deposits. Chemical analysis shows total hardness values of the waters in Biu volcanic Province ranges from 70 to 1666 mg/l indicating that the water from boreholes, wells and surface waters are moderate to very hard, therefore, not suitable for both drinking, washing and bathing. Geochemical analysis of the volcanic soil revealed the complete leaching of the major elements (CaO, K2O, MgO, MnO, and TiO2) from the surface soil probably into water sources. This may explain the extremely high Ca and K levels especially in the stream water where they display values of 348mg/l and 36 mg/l as against 200mg/l to 12 mg/l respectively of WHO admissible limits for drinking water. The accumulation of transition metals in the soil (Co 84-111ppm; Cr: 230-441ppm); Ni: 169-237ppm) is geogenic derived from the weathering of the host basaltic rock. Cr, Ni, and Cu do not easily form soluble ions in solution explaining why they display lower levels below their respective WHO admissible limits for drinking water. The absence in the soil profile and the extremely higher values of potentially harmful elements (PHEs) (As, Se, Sb, and Pb) in the spring and stream water as opposed to the lower values in the wells and borehole water suggest their extreme solubility, direct leaching and transportation of these elements from the surrounding rocks into the surface water.The higher values of Zn an 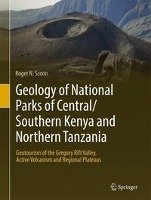