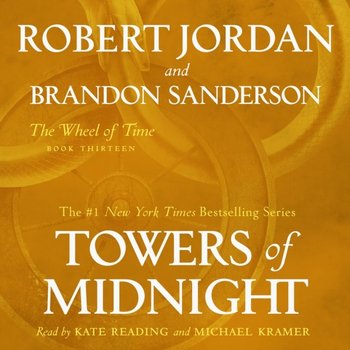 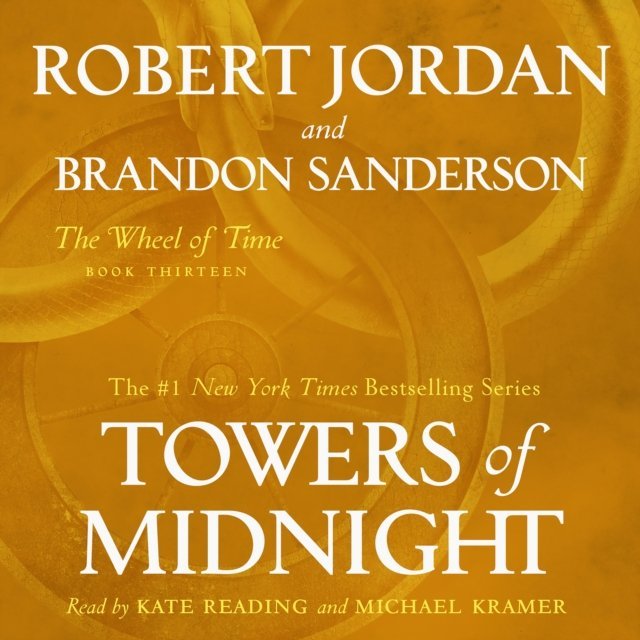 The Wheel of Time (R) is a PBS Great American Read Selection! Now in development for TV! Since its debut in 1990, The Wheel of Time(R) by Robert Jordan has captivated millions of readers and listeners around the globe with its scope, originality, and compelling characters.In Towers of Midnight, the Last Battle has started. The seals on the Dark One's prison are crumbling. The Pattern itself is unraveling, and the armies of the Shadow have begun to boil out of the Blight.The sun has begun to set upon the Third Age.Perrin Aybara is now hunted by specters from his past: Whitecloaks, a slayer of wolves, and the responsibilities of leadership. All the while, an unseen foe is slowly pulling a noose tight around his neck. To prevail, he must seek answers in Tel'aran'rhiod and find a way--at long last--to master the wolf within him or lose himself to it forever.Meanwhile, Matrim Cauthon prepares for the most difficult challenge of his life. The creatures beyond the stone gateways--the Aelfinn and the Eelfinn--have confused him, taunted him, and left him hanged, his memory stuffed with bits and pieces of other men's lives. He had hoped that his last confrontation with them would be the end of it, but the Wheel weaves as the Wheel wills. The time is coming when he will again have to dance with the Snakes and the Foxes, playing a game that cannot be won. The Tower of Ghenjei awaits, and its secrets will reveal the fate of a friend long lost.Dovie'andi se tovya sagain. It's time to toss the dice.TV series update: "Sony will produce along with Red Eagle Entertainment and Radar Pictures. Rafe Judkins is attached to write and executive produce. Judkins previously worked on shows such as ABC's "Agents of SHIELD," the Netflix series "Hemlock Grove," and the NBC series "Chuck." Red Eagle partners Rick Selvage and Larry Mondragon will executive produce along with Radar's Ted Field and Mike Weber. Darren Lemke will also executive produce, with Jordan's widow Harriet McDougal serving as consulting producer." -VarietyThe Wheel of Time(R)New Spring: The Novel#1 The Eye of the World#2 The Great Hunt#3 The Dragon Reborn#4 The Shadow Rising#5 The Fires of Heaven#6 Lord of Chaos#7 A Crown of Swords#8 The Path of Daggers#9 Winter's Heart#10 Crossroads of Twilight#11 Knife of DreamsBy Robert Jordan and Brandon Sanderson#12 The Gathering Storm#13 Towers of Midnight#14 A Memory of LightBy Robert Jordan Warrior of the AltaiiBy Robert Jordan and Teresa PattersonThe World of Robert Jordan's The Wheel of TimeBy Robert Jordan, Harriet McDougal, Alan Romanczuk, and Maria SimonsThe Wheel of Time CompanionBy Robert Jordan and Amy RomanczukPatterns of the Wheel: Coloring Art Based on Robert Jordan's The Wheel of Time

The Wheel of Time (R) is a PBS Great American Read Selection! Now in development for TV! Since its debut in 1990, The Wheel of Time(R) by Robert Jordan has captivated millions of readers and ...
Udostępnij 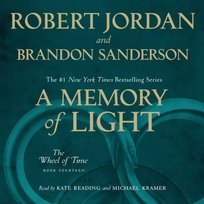 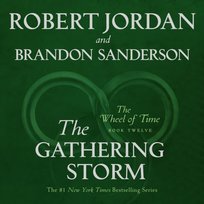