Three Funeral Odes from The Cradle to The Grave

Three Funeral Odes from The Cradle to The Grave (CD)

During his time at Weimar, Liszt composed twelve symphonic poems which had an incalculable influence over the orchestral music of the later nineteenth and early twentieth centuries. After Liszt left Weimar in 1861 he no longer had an orchestra at his ready command, and that is at least one reason why his orchestral output is much slenderer in his final period. But in 1881 he was working on a thirteenth and final symphonic poem whose subject was From the cradle to the grave—after a drawing by the Hungarian artist Mihály Zichy (1827–1906) depicting three stages of existence: birth; the struggle for being; and death, the cradle of the life to come. Zichy’s original title was Du berceau jusqu’au cercueil [From the cradle to the coffin], which would not have suited Liszt’s philosophical purpose at all. On 27 September 1881, Liszt wrote to the Princess zu Sayn-Wittgenstein, from Bayreuth:

Your correction of the title of my most recent symphonic poem is most judicious—‘du berceau jusqu’à la tombe’, not ‘jusqu’au cercueil’, as Zichy put it. I adopt it with gratitude—actually, the coffin remains just a piece of furniture, while the tomb becomes metaphorical.

The outer sections have much in common with Liszt’s late introspective keyboard works, whilst the strivings of the middle section hark back to the earlier symphonic poems. The first part is very similar to the separately published Wiegenlied for piano solo, and the final part combines themes from the previous two before disappearing in etherium. Unusually, Liszt drafted the whole work for piano, then arranged and amplified it for duet and for orchestra, and transferred later alterations back into the solo version. Liszt dedicated the piece in all its guises to Mihály Zichy.

Liszt’s Trois Odes funèbres were composed between 1860 and 1866, and exist in a variety of versions: for orchestra, for piano solo and for piano duet. There is also a chorus in the first Ode and the possibility of a narrator in the first and second. The first is also an organ piece, with the title Trauerode, and La notte also exists for violin and piano. The third of the Odes is also entitled ‘Epilogue to the Symphonic Poem: Tasso, Lamento e Trionfo’, and in its orchestral version it enjoyed a certain vogue towards the end of the nineteenth century, especially when conducted by its dedicatee Leopold Damrosch. Although it is quite clear from the original manuscripts that Liszt intended these works to be performed as a cycle, they have never been published together and have rarely been performed as he wished.

La notte was composed upon the death after childbirth of Liszt’s elder daughter Blandine, but its roots lie much earlier: in the second book of the Années de pèlerinage there is a piece, Il penseroso, inspired by a statue of Michelangelo’s of the same name, sculpted for the tomb of Lorenzo de Medici in the church of San Lorenzo in Florence. La notte develops this earlier work by composing a variation on it and inserting a very beautiful central episode whose opening phrase is overlaid with the words from Virgil’s Aeneid: ‘And dying he remembers fair Argos’—clearly motivated by Liszt’s own feeling that he would die far from his native Hungary, and the musical point is made by the wistful reminiscence of the Hungarian cadence so familiar to us from his Rhapsodies. The title was inspired by the poetic quatrain by Michelangelo which appears on his statue, and at the head of both Liszt works:
Grato m’è il sonno, e più l’esser di sasso.
Mentre che il danno e la vergogna dura.
Non veder, non sentir m’è gran ventura
Però non mi destar, deh’—parla basso!
I am happy for sleep, and more for being of stone.
For so long as injury and shame endure,
Not to see, not to hear are for me a great adventure.
Nevertheless, do not disturb me, eh!—speak low.

Le triomphe funèbre du Tasse is prefaced by a long quotation from Pierantonio Serassi’s account of Tasso’s funeral, at which all of those who had sought to vilify and persecute the poet during his lifetime turned up in their finery to lament his passing. Liszt certainly believed that his time too would not come until after his own death, and this piece can be seen as a self-portrait as much as it can a work honouring Tasso—the subject of an earlier symphonic poem first written as an overture to Goethe’s play Torquato Tasso. Although the Ode uses two themes from the symphonic poem it stands as a completely independent work, and like the other Odes is characterized by dignity and restraint, as well as extremely forward-looking chromaticism.

The Faust legend preoccupied Liszt for much of his life. Berlioz had introduced Liszt to Gérard de Nerval’s French translation of Goethe’s Faust when the two composers first met in December 1830. Liszt became immediately obsessed by it, and became the dedicatee and champion of Berlioz’s dramatic legend on the subject: La damnation de Faust. Goethe’s play inspired Liszt’s orchestral masterpiece, Eine Faust-Symphonie, which was dedicated in turn to Berlioz. Liszt’s other Faust-related works include the present Zwei Episoden—a response to Nikolaus Lenau’s long poem in twenty-four episodes on the subject (Liszt’s pieces are based on episodes 11 and 6); the late Zweiter, Dritter and Vierter Mephisto-Walzer, the Bagatelle sans tonalité (also, confusingly, called Vierter Mephisto-Walzer in the manuscript) and the Mephisto-Polka do not specify their particular literary sources of inspiration. Liszt also made piano transcriptions of music from Berlioz’s La damnation, from Gounod’s opera Faust and from Lassen’s incidental music to Goethe’s Faust.

The Zwei Episoden aus Lenaus Faust were completed in their orchestral guise by 1861, but Liszt’s piano version of the Der Tanz in der Dorfschenke—Erster Mephisto-Walzer, which preceded the orchestral version, had already appeared. Liszt may have begun the composition as early as 1857. (The MS lacks ‘Erster’, but editions that have appeared since the composition of the other Mephisto waltzes have rightly seen fit to number the first of them.)

Der nächtliche Zug is a work of frightening solemnity—Faust confronted with the dark mysteries of life and death—and the outer sections are bleak and almost atonal. The two central sections are in gentle contrast, the first purgatorial in its yearning and tonal flux, the second quietly and eventually grandly confident in its singing of the plainsong—usually associated with Corpus Christi or Maundy Thursday—‘Pange lingua gloriosi corporis mysterium’ (the hymn by St Thomas Aquinas, rendered in The New English Hymnal as ‘Of the glorious body telling, / O my tongue, its mysteries sing’). As many a commentator has observed, this is unquestionably one of Liszt’s finest works, and its neglect in performance of any of its versions is inexplicable, particularly in the light of the phenomenal success of its companion piece. It is especially rare to hear the fulfilment of Liszt’s conception: to have the pieces played as a pair—Mephisto’s mad whirl of earthly pleasures mocked being a perfect foil for the awesome fatalism of Faust’s vision on his night ride. The piano solo version contains only the Presto coda: Mephisto laughs, dances away, and the vision is abandoned. The orchestral score presents two endings: the familiar Presto and an alternative Allegro molto ending which roars into life and dies away (this is the only ending provided in the version for piano duet, and is the version recorded here), depicting the pleasure-seekers sinking ‘in the ocean of their own lust’, as it is often given in translation. Humphrey Searle (in The Music of Liszt) cannot be bettered in his paraphrase of the episodes from Lenau’s poem:
1. It is a warm spring night, dark and gloomy, but the nightingales are singing. Faust enters on horseback, letting his horse quietly saunter on. Soon lights are seen through the trees, and a religious procession approaches, singing … the procession passes on, and Faust, left alone, weeps bitterly into his horse’s mane.
2. Faust and Mephistopheles enter the inn in search of pleasure; the peasants are dancing, and Mephisto seizes the violin and intoxicates the audience with his playing. They abandon themselves to love-making, and two by two slip out into the starlit night, Faust with one of the girls; then the singing of the nightingale is heard through the open doors.

Liszt dedicated the Episodes—in all their versions—to his sadly short-lived but phenomenal student Carl Tausig (1841–1871).

Właśnie zrecenzowałem Three Funeral Odes from The Cradle to The Grave

During his time at Weimar, Liszt composed twelve symphonic poems which had an incalculable influence over the orchestral music of the later nineteenth and early twentieth centuries. After Liszt left ...
Udostępnij 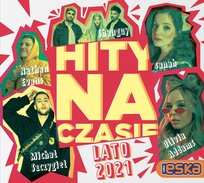 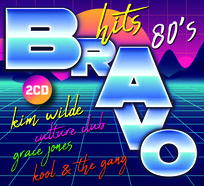