Italian anthology film featuring five short stories from directors Mauro Bolognini, Vittorio De Sica, Pier Paolo Pasolini, Franco Rossi and Luchino Visconti. 'The Witch Burned Alive' follows a famous actress as she spends an evening with friends at a chalet in the Alps. In 'Civic Sense' a man is injured in a road accident. 'The Earth As Seen from the Moon' follows a widowed man as he searches for a new wife. In 'The Sicilian Belle' a man confronts those who wronged his daughter. Finally, 'An Evening Like the Others' follows a man as he attempts to reconcile with his disillusioned wife. 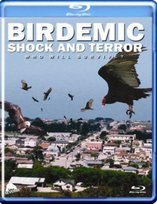