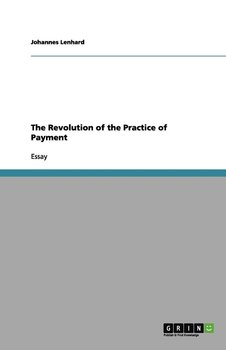 The Revolution of the Practice of Payment 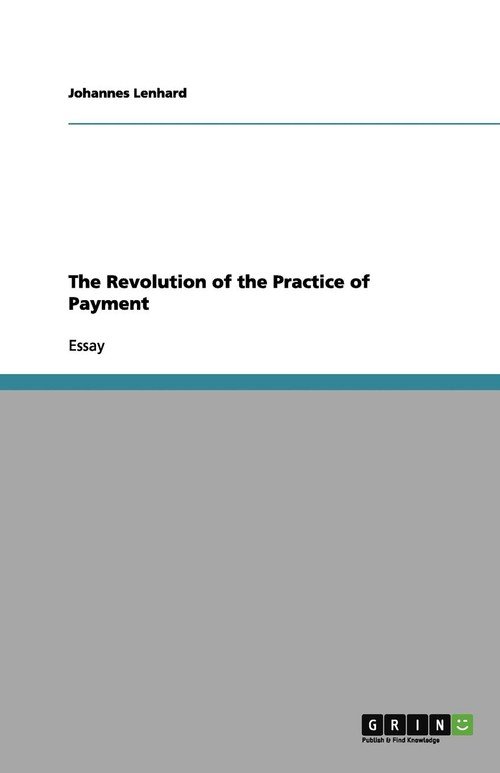 The Revolution of the Practice of Payment (paperback)

Essay from the year 2012 in the subject Cultural Studies - Miscellaneous, grade: Distinction, London School of Economics (Sociology), course: Cultural Theory, language: English, abstract: The categories of real and symbolic, material and meaning have for a long time bothered not only cultural theorists but also prominent philosophers (e.g. Hegel, 1979; Heidegger, 1978) and sociologists (e.g. Baudrillard, 1983, 1993). Often the relationship between the two has been characterised in terms of 'opposition', 'contrast' or 'incompatibility'. It can, however, be argued that this theorizing has - at least in cultural theory which is the strand of discourse that is dealt with in this paper - been replaced by a 'unity'. More precisely, it is practice theory that has in several ways overcome the opposition and replaced it with an 'inclusive view' (e.g. Reckwitz (2002); Shove'Pantzar (2005)). Going beyond the debate of 'practice theory' in its different forms (comparing for example Bourdieu with Schatzki) and also exceeding the comparison of practice theory with other forms of cultural theory (see Reckwitz (2002) for an overview), this paper will make two arguments: First of all, if we focus on the more recent forms of practice theory (what Postill (2010) calls the 'second wave'), it is indeed possible to abolish the above oppositions in favour of an inclusive notion of practice regarding material and meaning. We will try to provide a common theoretical understanding of practice in the first part of the following essay. Secondly, the main part of this paper consists of an applied case study, the 'Revolution of the Practice of Payment'. We follow the approach developed by Shove and Pantzer (2005) towards Nordic walking in order to depict the development of payment practices from coin and paper to plastic money. In the last chapter of this paper, however, we will debate the notion whether it should do so. In this critical part, we will take into account arguments formulat

Właśnie zrecenzowałem The Revolution of the Practice of Payment

The best practicable constitution (polity) and Aristotle's justification of this constitution over his real preference for aristocracy Lenhard Johannes
0/5
49,99 zł

How would you analyze the Swazi Ncwala? Lenhard Johannes
0/5
41,49 zł