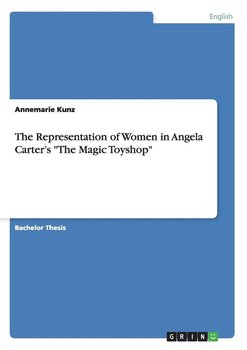 The Representation of Women in Angela Carter's "The Magic Toyshop" 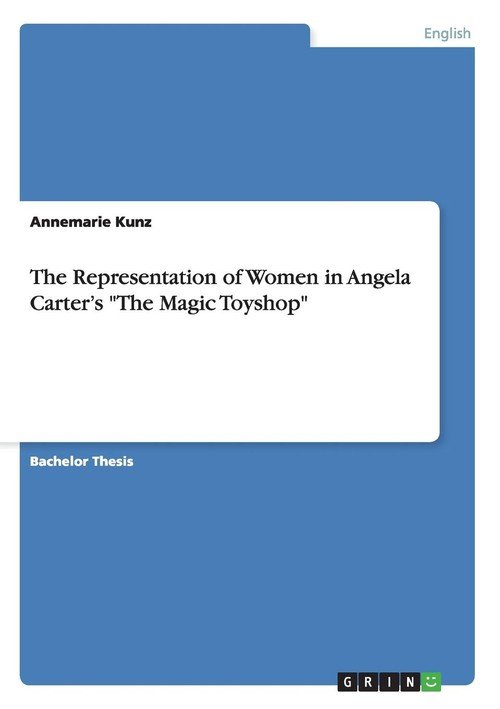 The Representation of Women in Angela Carter's "The Magic Toyshop" (paperback)

Bachelor Thesis from the year 2011 in the subject English Language and Literature Studies - Literature, grade: 1,7, Dresden Technical University (Anglistik), language: English, abstract: In 1967 Angela Carter published a novel about an adolescent female protagonist growing up in a patriarchal system. Published at a moment in history when significant change, not only for women, but all of the western world was about to take place, The Magic Toyshop illuminates the metamorphosing social dynamics. Angela Carter sensed this moment but did not know where it was going to lead and what it would offer women. Guiding the reader through these pending seismic changes is Melanie, the novel's protagonist. As opposed to the other female characters of the novel who occupy only a fixed role suiting patriarchal hierarchy, Melanie is constantly shifting roles. She can be read as representative of the rebelling female, challenging patriarchal order. Melanie realises that none of the potential roles society offers women will satisfy her. In the end, she has the chance to enter a new world and a relationship defined by equality. The way Angela Carter represents the female characters in The Magic Toyshop is indicative of the turbulence of the times. In order to properly assess, analyse and interpret these representations, it is necessary to take account of the historical, cultural and political circumstances of the late 1960s and the theorists who have written about Carter. Combined, they allow the modern reader to properly contextualise and understand The Magic Toyshop. Remarkably, Carter seemed to be ahead of her time, analysing and criticising the traditional representations of femininity that society imposed on women. It was a time when they still belonged to the private sphere, embodying the roles of mothers or housewives, even though many women already were active in the work force. Men continued to prevail in the public sphere, enforcing patriarchal structures. These socially cons

The Democratic Deficit and the „No Demos"-Thesis Kunz Annemarie
0/5
69,99 zł