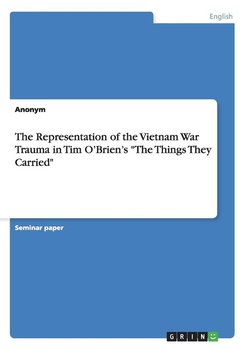 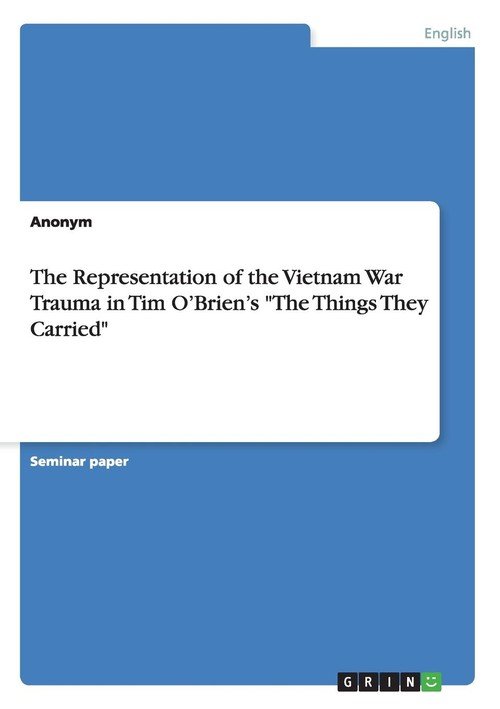 Seminar paper from the year 2013 in the subject American Studies - Literature, grade: 1,0, University of Frankfurt (Main) (Institut für England- und Amerikastudien), course: War and Literature, language: English, abstract: First published in 1990, Tim O'Brien's story collection "The Things They Carried" is arguably the work most closely associated with the author's name and a highly praised fictional approach to the Vietnam War and its influence on those who participated in it. The total of 22 short stories focuses on a squad of young American soldiers referred to as the Alpha Company and touches upon a wide selection of themes and motifs, which include friendship, love, memory, storytelling, superstition and the ever-present elements of fear, violence, death, and the loss of innocence that are tied to the exposure to combat action. In addition to that the portrayal of trauma in the novel has received positive attention from experts (Heberle 178) and critics and helped to draw attention to the role of the veteran in the United States society. In an attempt to explore this particular topic, the following pages will first address the question why Vietnam War literature as a genre did not begin to fully develop until roughly ten years after the fall of Saigon in 1975 and approach the way Tim O'Brien deals with the problematic of speaking and writing about a war that was unique in American history and called for an equally distinctive representation in literature. Afterwards the main focus of this work is devoted to the experience of trauma both during the time and on the site of the Vietnam conflict and in the United States after the war had come to an end, based on its depiction in Tim O'Brien's The Things They Carried and by means of referring back to a selected variety of his stories. The concluding remarks will then be devoted to the aftermath of the Vietnam War in the public eye and the development of war literature in the United States after the 1980s.