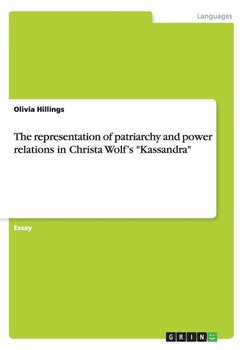 The representation of patriarchy and power relations in Christa Wolf's "Kassandra" 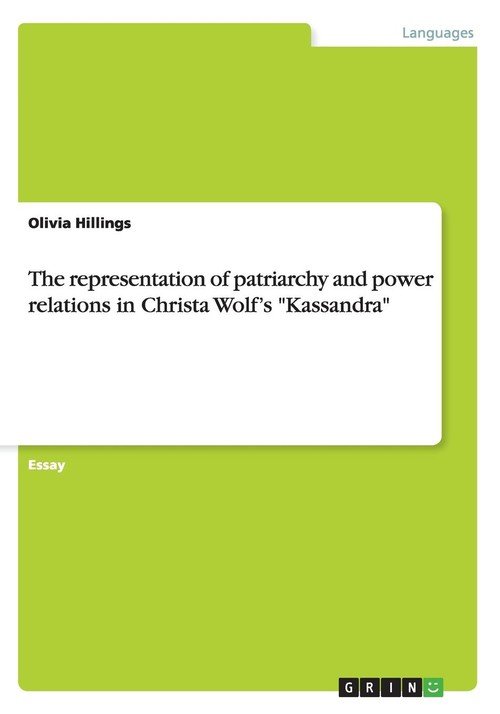 Essay from the year 2014 in the subject Literature - Modern Literature, grade: Starred First, University of Nottingham (School of Cultures, Languages and Area Studies), course: Recent Women's Writing, language: English, abstract: 'That's the male version. Now watch the other',this statement encapsulates the underlying theme of Christa Wolf's narrative Kassandra in which she radically inverts the Homeric, 'male version' of the Trojan War. Inspired by Ingeborg Bachmann, Wolf creates a female voice within a male-dominated society. She re-writes the mythos from the perspective of a female narrator, Kassandra, a Trojan princess and prophet, who upon the fall of the city is waiting for her execution in Mycenae and uses her last hours to deliver her retrospective account of the Greek-Trojan conflict. Thereby Wolf provides critique of the patriarchal order as well as the power relations dictated by patriarchs and so 'scratches away the entire male tradition'. This essay will discuss how both patriarchy and power relations in Kassandra are represented in an ultimately socially destructive manner. In order to achieve this, I shall first demonstrate that the patriarchy is depicted as a social construct predominantly resting on unconditional drive for dominance, elimination of female subjectivity and perpetuation of aggression. Subsequently, I will examine the representation of power relations in the context of gender, class and religion to argue that power relations based on the exclusion of women, manipulation, terror and misuse of religion ultimately lead to the demise of society as a whole.