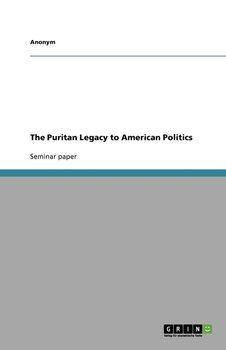 The Puritan Legacy to American Politics 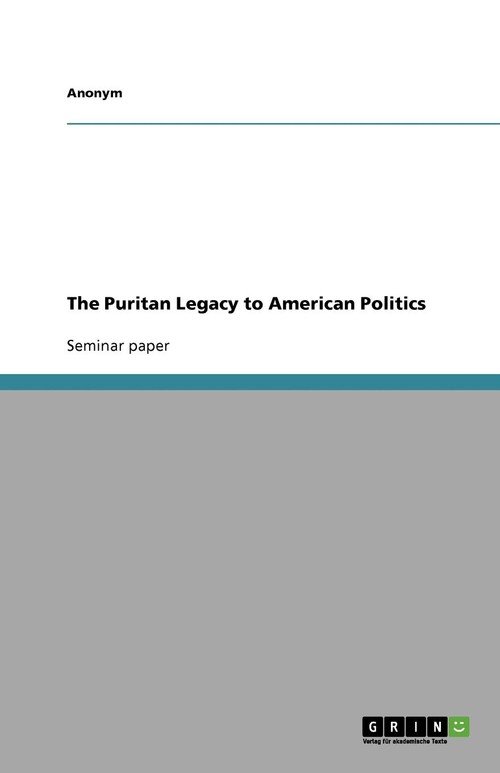 The change of terrorism in the USA
Anonym Obcojęzyczne | paperback
57,99 zł

Wysyłamy w 4-5 dni
Seminar paper from the year 2005 in the subject American Studies - Culture and Applied Geography, grade: 1,3, Free University of Berlin, language: English, abstract: Americans express a peculiar fascination with the founding of their country. Both citizens and scholars often disagree over details of the beginnings but many Americans define themselves in relation to the founding. History inspires them and provides a patriotic sense of belonging. It is often debated whether current policies are faithful to the so-called founding principles, what has stayed the same and what has changed. Though many countries celebrate their birth, only Americans combine so much cultural myths and political history. Alexis de Tocqueville famously said: "I think I can see the whole destiny of America contained in the first Puritan who landed on those shores"(Tocqueville 1831-32). And indeed, much of American mainstream culture builds on a Puritan legacy. They claim to have inherited it by promoting the idea of religious freedom and equal opportunity, by being a 'city upon a hill', a stronghold for democracy, and much more. However, only by retracing the historical development of Puritanism and its roots, it becomes possible to determine what sufficiently defines the Puritan legacy and what causes the persistent relevance in American politics up to this day. As Perry Miller stated, "[w]ithout some understanding of Puritanism, it may safely be said, there is no understanding of America" (Miller 1950, 4). In this work I will therefore begin with reviewing the historical background of Puritan theology and development in North America. Given this as a basis, I intend to trace back political modes of thought and behavior to Puritan roots. I will answer the question in how far Puritanism is still alive today and how its legacy to American politics can be described.

Why should we use Visual Teaching in Primary School? Anonym
0/5
83,99 zł
premium

The preparation of business plans and their use in monitoring insolvency triggers Anonym
0/5
98,99 zł
premium