Wysyłamy w 72 godziny
All four 'Magnificent Seven' films. The series begins with 'The Magnificent Seven' (1960). A small Mexican village, terrorised by the cutthroat Calvera (Eli Wallach) and his bandits, hire a team of seven mercenaries to expel the vile interloper. The seven are led by Chris (Yul Brynner), and they set about the job of training the terrified townfolk in the art of killing before meting out their own brand of justice. Director John Sturges' re-make of Akira Kurosawa's 'The Seven Samurai' cemented star-like qualities on most of its cast, including James Coburn, Steve McQueen, Charles Bronson and Robert Vaughn. The first sequel, 'The Return of the Magnificent Seven' (1966), only has Yul Brunner from the original all-star cast. Chris Adams (Brynner) is sent for to help a Mexican village get rid of a tyrannical rancher (Emilio Fernandez) who is bullying the villagers into building a church as a memorial for his son. Adams rounds up the usual suspects (another six to make up the magic number) from prison and other places of ill-repute and the new Seven head for the Mexican border. 'Guns of the Magnificent Seven' (1969) sees George Kennedy take over the Yul Brynner role of Chris Adams, the only surviving member of the original Seven. Adams puts together another six bandits in order to help a group of Mexican rebels free their leader from a prison run by the ruthless Colonel Diego (Michael Ansara). Diego will go to any lengths to prevent the rebel leader from being freed but the Seven are also just as determined. Finally 'The Magnificent Seven Ride!' (1972) is set when the various heroes are all either too old to fight or languishing in jail. Chris Adams is newly married and trying to settle down with his wife but decides to help his buddy fight bandits after they kidnap his wife.

All four 'Magnificent Seven' films. The series begins with 'The Magnificent Seven' (1960). A small Mexican village, terrorised by the cutthroat Calvera (Eli Wallach) and his bandits, hire a team of ...
Udostępnij
Prezentowane dane dotyczą zamówień dostarczanych i sprzedawanych przez empik. 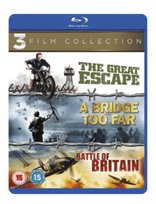 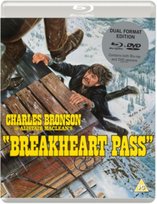 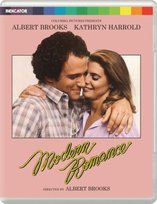