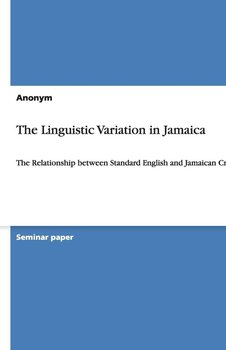 The Linguistic Variation in Jamaica 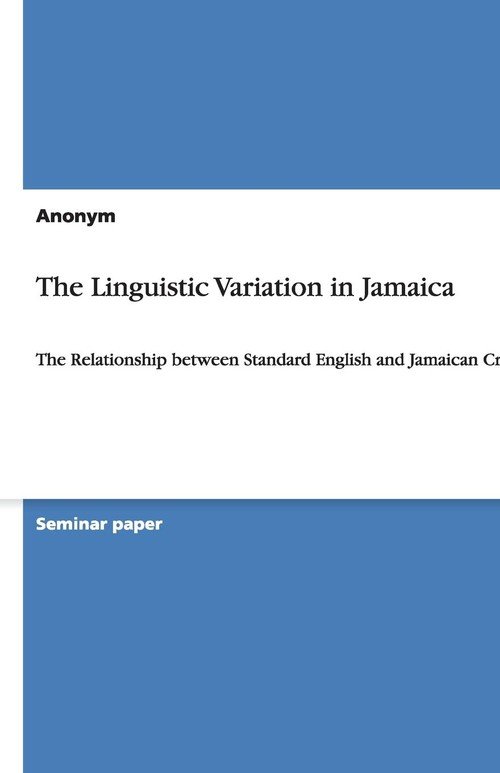 The Linguistic Variation in Jamaica (sewn)

Seminar paper from the year 2009 in the subject English Language and Literature Studies - Linguistics, grade: 2,1, Justus-Liebig-University Giessen (Anglistik), course: Sociolinguistics, language: English, abstract: Introduction: Jamaica, the independent insular state inside the "Commonwealth of Nations" in the Caribbean, is a nation fraught with different cultures, traditions and languages. This diversity is mainly reflected in the speech system of the island. But individual linguistic variations and inferences between different language systems of one speech community have been ignored for a long time and have more been seen as accidental and piecemeal. Now the relationship between language systems, connected with each other, became an important feature of the linguistic partial discipline of sociolinguistics. Foremost the Caribbean Language situation (also other settlements' languages) became more interesting for linguists, because of the Creole languages. Creole languages are stable Languages, originating from a mixture of various languages, having begun as a pidgin. Developed by former slaves and their colonial rulers to communicate, it established itself as native and primary language of the next generation. The Jamaican Creole, also known as "patois", is a Creole language with British English roots. However, it is far from being consistent and serves as an example for the combination of different speech systems. But how exactly does this system work- is there an intermixture so that speech- and system constrains have been annulled? Or are these systems, despite narrow speech contact and reciprocal influence, clearly separated as, for example, in diglossic speech communities? What are the rules of linguistic variations and how has the system been established in Jamaica? The aim of this paper is to investigate different types of models for the relationship between a Creole language and a standard language in order to have a look at the specific language situa