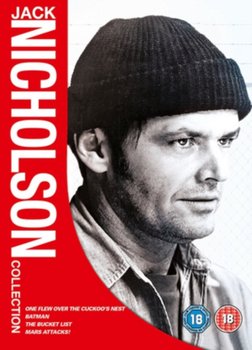 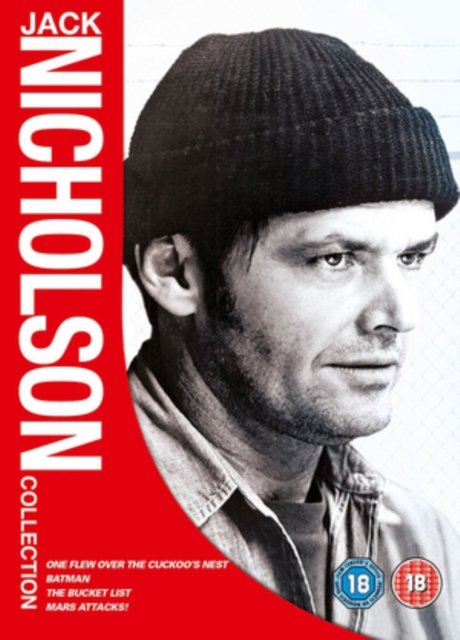 Wysyłamy w 24 godziny
Collection of four features starring Jack Nicholson. In 'One Flew Over the Cuckoo's Nest' (1975), after being imprisoned for statutory rape, an unrepentant Randle Patrick McMurphy (Nicholson) is transferred to a state mental hospital where he must serve out the remainder of his sentence. Here he sets about leading his fellow inmates in a revolt against the cold and inflexible Nurse Ratched (Louise Fletcher) and the hospital's systematic oppression of its patients. 'Batman' (1989) sees the masked vigilante begin his crusade against crime in the city of Gotham as the fiendish Joker (Nicholson) emerges to plague the city. In 'The Bucket List' (2007) Edward (Nicholson) and Carter (Morgan Freeman), both of whom are terminally ill, manage to escape from their hospital ward and proceed to blaze a trail across the world, determined to achieve their dreams before they die. Finally, 'Mars Attacks!' (1996) follows the wacky antics of the Martians as they invade Earth as well as those of the humans trying to defeat them.