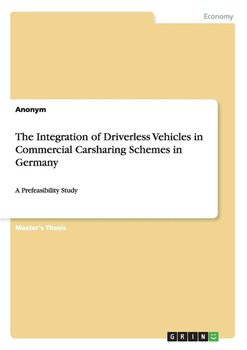 The Integration of Driverless Vehicles in Commercial Carsharing Schemes in Germany 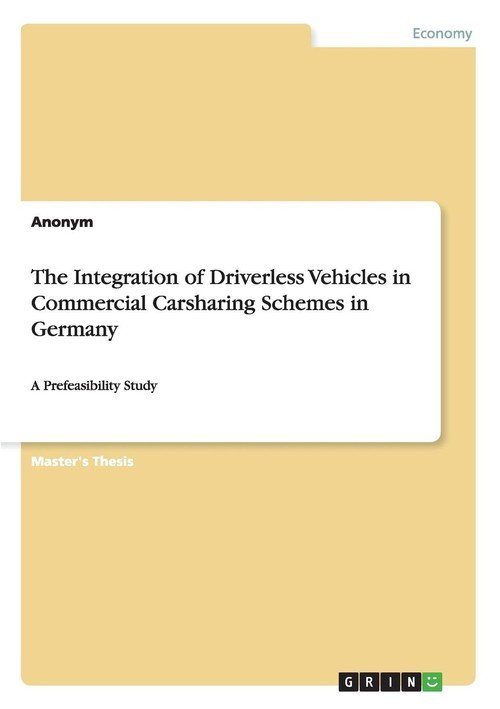 M&A as a mode of entry into the german market. The acquisition of Mannesmann by Vodafone
Anonym Obcojęzyczne | sewn
80,99 zł

Wysyłamy w 3 tygodnie
Master's Thesis from the year 2012 in the subject Economy - Transport Economics, grade: 80%, , course: Politics, Global Issues, Sustainability, Traffic Management, language: English, abstract: The prefeasibility study at hand proposes to integrate driverless vehicles in commercial carsharing schemes in Germany. It finds indications that carsharing has the potential to become a significant mode of transport because it responds to social and business change. On the other hand, the study shows that it is the human component in traffic causing the majority of accidents, which is why driverless vehicles are expected to reduce traffic accidents and improve road safety. By making use of the business management tools SWOT analysis and an ad hoc STEPLED analysis, the study conducts a micro-environmental and macro-environmental analysis of the German carmakers BMW and Daimler in regard to the proposed concept. The main finding is that the technology is generally expected to be marketable within the next two decades, if not much earlier. It can be expected that customers will accept driverless vehicle technologies and that many new target groups could be reached by the realisation of the concept. Carmakers should benefit from this potential and might be able to offset possible losses in their core business. The analysis does also show, however, that the current legislation poses several obstacles and might, if unchanged, delay the introduction of driverless vehicle technologies. It is recommended for carmakers to become active and start a public debate similar to the one in the United States. Moreover, it is recommended to collaborate closely with other mobility providers in order to avoid lobbying against the idea.

Why should we use Visual Teaching in Primary School? Anonym
0/5
80,99 zł