Wysyłamy w 24 godziny
Bradley Cooper, Zach Galifianakis and Ed Helms return for the third and final part of 'The Hangover' trilogy, directed by Todd Phillips. Following the death of Alan (Galifianakis)'s father, he and his best mates Phil (Cooper) and Stu (Helms), aka the Wolfpack, head out on a road trip on which they get caught up in another misadventure, encountering a number of eccentric characters on the way and ending up back in Las Vegas. Justin Bartha, Ken Jeong, Heather Graham and John Goodman co-star, with Mike Tyson also making an appearance. 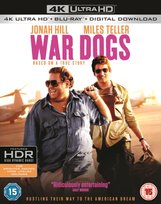