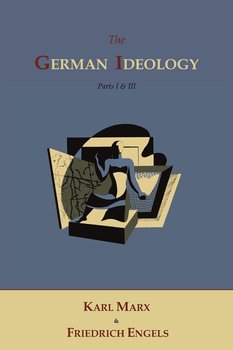 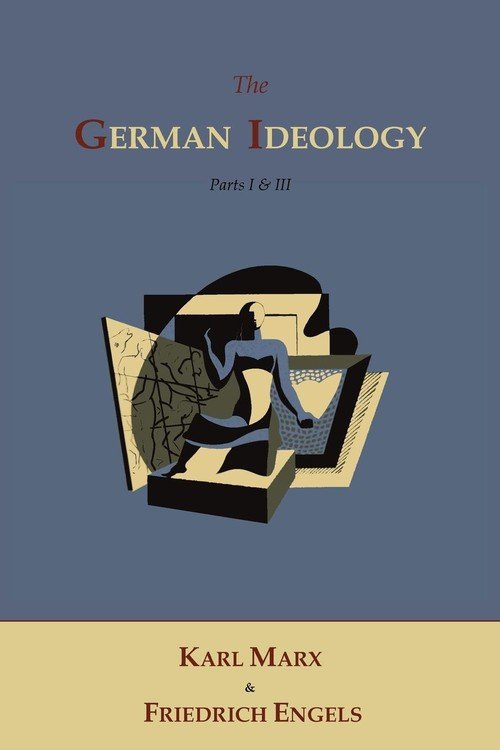 2011 Reprint of 1939 Edition. Parts I & III of "The German Ideology". Full facsimile of the original edition, not reproduced with Optical Recognition Software. Originally published by the Marx-Engels Institute in Moscow in 1939. "The German Ideology" was written by Karl Marx and Friedrich Engels circa 1846, but published later. The original edition was divided into three parts. Part I, the most significant, is perhaps the classic statement of the Marxist theory of history and his much cited "materialist conception of history". Since its first publication, Marxist scholars have found Part I "The German Ideology" particularly valuable since it is perhaps the most comprehensive statement of Marx's theory of history stated at such length and detail. Part II consisted of many satirically written polemics against Bruno Bauer, other Young Hegelians, and Max Stirner. These polemical and highly partisan sections of the "German Ideology" have not been reproduced in this edition. We reprint Parts I & Parts III only. Part III treats Marx & Engels' conception of true socialism and is reprinted in its entirety. Part II has not been reprinted in this edition in order to produce a small and inexpensive book which contains the gist of the "German Ideology". Appendix contains the "Theses on Feuerbach." Index of authors, with scholarly citations and footnotes.
Brak
ocen
5 0
4 0
3 0
2 0
1 0
Dziękujemy za dodanie recenzji

2011 Reprint of 1939 Edition. Parts I & III of "The German Ideology". Full facsimile of the original edition, not reproduced with Optical Recognition Software. Originally published by the ...
Udostępnij

Writings of the Young Marx on Philosophy and Society Marx Karl
0/5
103,00 zł

The Conspiracy against the Human Race Ligotti Thomas
0/5
88,53 zł