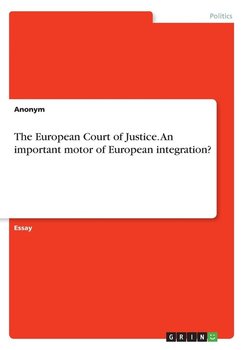 The European Court of Justice. An important motor of European integration? 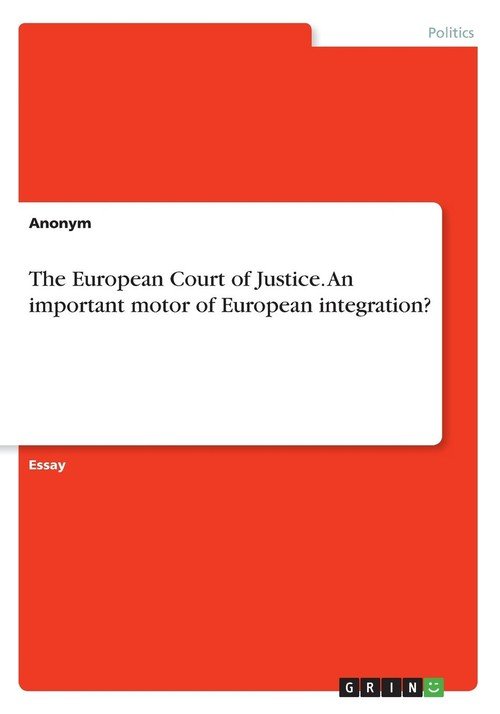 The European Court of Justice. An important motor of European integration? (sewn)

Essay from the year 2016 in the subject Politics - International Politics - Topic: European Union, grade: 69 Prozent (1,7), Cardiff University, language: English, abstract: The question of the role of the European Court of Justice (ECJ) in the process of European integration has been a matter of long-standing academic dispute between neo-functionalists and intergovernmentalists. In this essay it will be argued that the ECJ can be seen as an engine of European integration but the court - founded along with the other core institutions of the European Union (EU) in the 1950s - depends on the assistance of other actors. The explanation of this assertion is unfolded in three steps. At first this paper will provide a brief overview of neo-functionalism and intergovernmentalism and their dispute concerning the ECJ. Secondly, the 'magic triangle' (Vauchez 2008, p. 8) consisting of 'direct effect', 'supremacy' and 'preliminary ruling' - which allows the ECJ to have an impact on the integration process - will be examined and it will be explained why these three mentioned rules are so important for the European legal order. Thirdly, it is claimed that there are limits of the court's judicial law-making and thus its role in the process of European integration should not be overestimated.

Właśnie zrecenzowałem The European Court of Justice. An important motor of European integration?