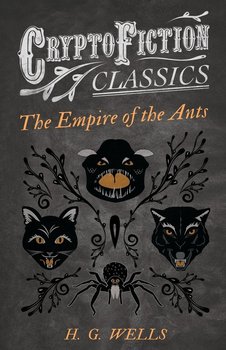 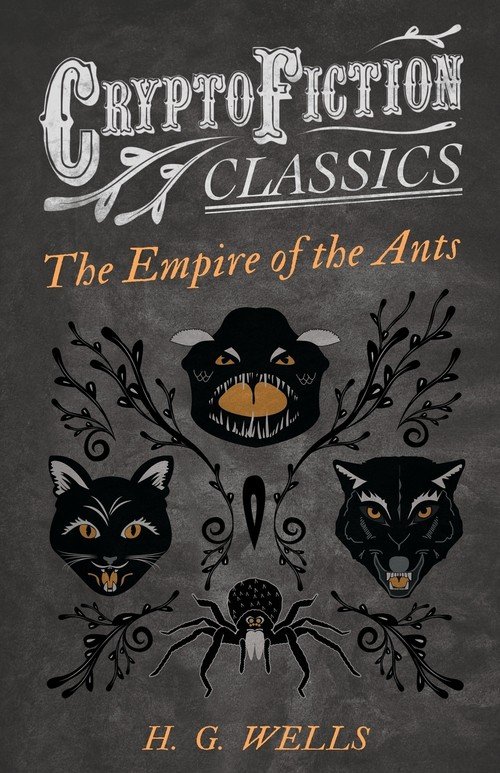 Wysyłamy w 72 godziny
This early work by H. G. Wells was originally published in 1905 and we are now republishing it with a brand new introductory biography as part of our Cryptofiction Classics series. 'The Empire of the Ants' is a short story of a Brazilian Captain who has been sent to help a town's inhabitants fight a plague of intelligent ants. Herbert George Wells was born in Bromley, England in 1866. He apprenticed as a draper before becoming a pupil-teacher at Midhurst Grammar School in West Sussex. Some years later, Wells won a scholarship to the School of Science in London, where he developed a strong interest in biology and evolution, founding and editing the Science Schools Journal. However, he left before graduating to return to teaching, and began to focus increasingly on writing. It was in 1895 that Wells seriously established himself as a writer, with the publication of the now iconic novel, The Time Machine. Wells followed The Time Machine with the equally well-received War of the Worlds (1898), which proved highly popular in the USA. The Cryptofiction Classics series contains a collection of wonderful stories from some of the greatest authors in the genre, including Ambrose Bierce, Arthur Conan Doyle, Robert Louis Stevenson, and Jack London. From its roots in cryptozoology, this genre features bizarre, fantastical, and often terrifying tales of mythical and legendary creatures. Whether it be giant spiders, werewolves, lake monsters, or dinosaurs, the Cryptofiction Classics series offers a fantastic introduction to the world of weird creatures in fiction.

This early work by H. G. Wells was originally published in 1905 and we are now republishing it with a brand new introductory biography as part of our Cryptofiction Classics series. 'The Empire of the
Udostępnij
Prezentowane dane dotyczą zamówień dostarczanych i sprzedawanych przez empik.

The Fork, the Witch, and the Worm Paolini Christopher
0/5
45,49 zł
premium 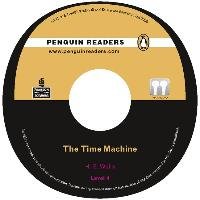 The Tower of the Swallow. The Witcher Sapkowski Andrzej
0/5
47,99 zł
premium