The Digitization of Cinematic Visual Effects Wysyłamy w 2 tygodnie
The Digitization of Cinematic Visual Effects: Hollywood's Coming of Age, by Rama Venkatasawmy, analyzes how the Hollywood cinema industry's visual effects applications have not only motivated the expansion of filmmaking praxis, they have also influenced the evolution of viewing pleasures and spectatorship experiences. Following the digitization of their associated technologies, VFX have been responsible for multiplying the strategies of representation and storytelling, as well as extending the range of stories that can potentially be told onscreen. By the same token, the visual standards of the Hollywood film's production and exhibition have been growing in sophistication. On the basis of displaying groundbreaking VFX-immaculately realized through the application of cutting-edge technologies and craftsmanship-and of projecting such a significant degree of visual innovation and originality, certain Hollywood movies have established techno-visual trends and industrial standards for subsequent filmmaking practice. Hollywood cinema's entry into the digital realm is intertwined with the intensification of conglomeratic practices within the movie business, the domain of techno-scientific R&D in filmmaking, and the unification of corporate media, information technology, and entertainment. Hence, the standardization of, and convergence toward, the digital medium is emblematic of Hollywood cinema's techno-industrial evolution in the late twentieth century. Accordingly, this volume identifies various synergies and partnerships-between VFX providers, movie studios, graphic designers, and more-that have emerged from a progressive growth of awareness in Hollywood of the digital medium's potential.

The Complexity and Progression of Black Representation in Film and Television Moody David L.
0/5
420,00 zł

Teaching in the Age of Disinformation Wassermann Selma
0/5
363,99 zł 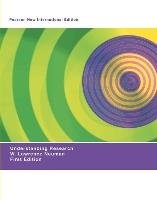