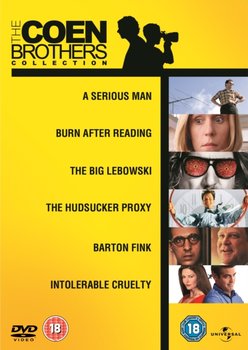 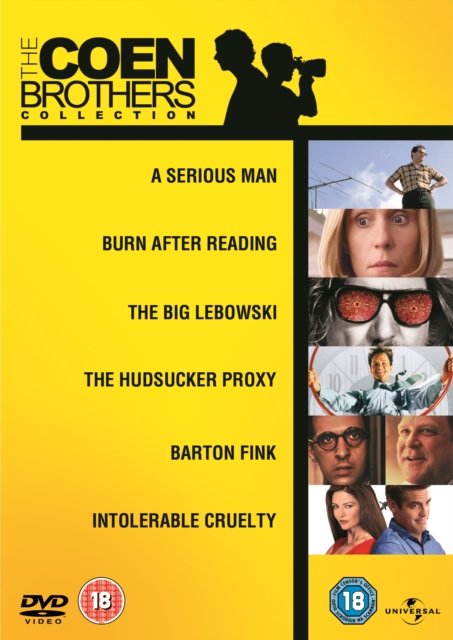 A sextet of films from the Coen brothers. 'A Serious Man' (2009) is set in 1967. Michael Stuhlbarg stars as Larry Gopnik, a Midwestern physics professor whose settled and secure life begins to spiral out of control after his wife Judith (Sari Lennick) reveals she is leaving him for his arrogant associate Sy Ableman (Fred Melamed). Larry struggles to cope with the failure of his marriage and the unlikelihood of his unemployed brother, Arthur (Richard Kind), getting a job and moving out of his house. At the same time, his son, Danny (Aaron Wolff), is in trouble at school while his daughter, Sarah (Jessica McManus), is stealing money from his wallet. John Malkovich, Frances McDormand, Tilda Swinton, George Clooney and Brad Pitt star in the crime caper 'Burn After Reading' (2008), which concerns the whereabouts of a sensitive disc containing the incriminating memoirs of alcoholic CIA agent Osbourne Cox (Malkovich). Cox's wife, Katie (Swinton), who is having an affair with married federal marshall Harry Pfarrer (Clooney), is making plans to leave her husband, and is advised by her divorce lawyer to copy his personal files onto a disc. The disc finds its way via a circuitous route to the Hardbodies fitness gym, where two unscrupulous employees, Linda (McDormand) and Chad (Pitt), decide to exploit their find for all they can get. The Coen brothers' seventh film 'The Big Lebowski' (1997) is a typically bizarre mix of mistaken identity, hippy philosophy and ten-pin bowling. Jeff 'the Dude' Lebowski (Jeff Bridges) is a bowling buff, laid-back to the point of horizontal, who gets mixed up in a blackmail plot involving a millionaire namesake. Roped into delivering the ransom to secure the release of the millionaire's kidnapped wife, the Dude's karmic balance is really put in a spin when his gun-toting buddy, Walter (John Goodman,) decides to help out. In 'Barton Fink' (1991) successful young playwright Barton Fink (John Turturro) goes to Hollywood. He immediately obtains a contract, only to develop writer's block when he discovers he is to write a wrestling movie for a faded 1940s star. The Los Angeles heat, his dingy hotel and a noisy neighbour (Goodman) combine to increase the pressure on him, and Barton soon begins to lose his grip on reality. 'The Hudsucker Proxy' (1994) follows the unlikely adventures of Norville Barnes (Tim Robbins), a college graduate who secures a job in the post room at Hudsucker Industries just as its chairman is jumping 50 floors to his death. The chairman's scheming aide, Mussburger (Paul Newman), decides to hire Norville as chairman, presuming he is a dunce whose new position will frighten the stockholders into selling all their stock cheaply, thus allowing him to consolidate his hold on the company. A cynical journalist, Amy Archer (Jennifer Jason Leigh), masquerades as Norville's secretary in the hope of scooping a feature, but ends up falling for Norville, who in the meantime invents the hula-hoop, makes a fortune and revives the company's stock. Finally, 'Intolerable Cruelty' (2003) stars Clooney as Miles Massey, a divorce lawyer who always wins his case until he comes head to head with the scheming, money-grabbing, yet alluring, Mrs Marilyn Rexroth (Catherine Zeta-Jones). Miles and Marilyn each embark on their own ruthless romantic missions to outdo one another and amass great wealth.

A sextet of films from the Coen brothers. 'A Serious Man' (2009) is set in 1967. Michael Stuhlbarg stars as Larry Gopnik, a Midwestern physics professor whose settled and secure life begins to spiral
Udostępnij
Prezentowane dane dotyczą zamówień dostarczanych i sprzedawanych przez . 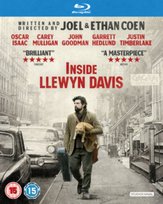 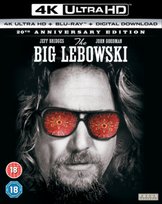