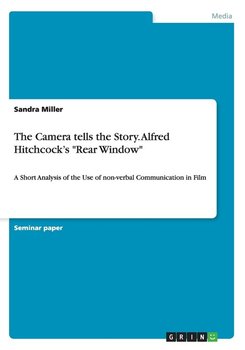 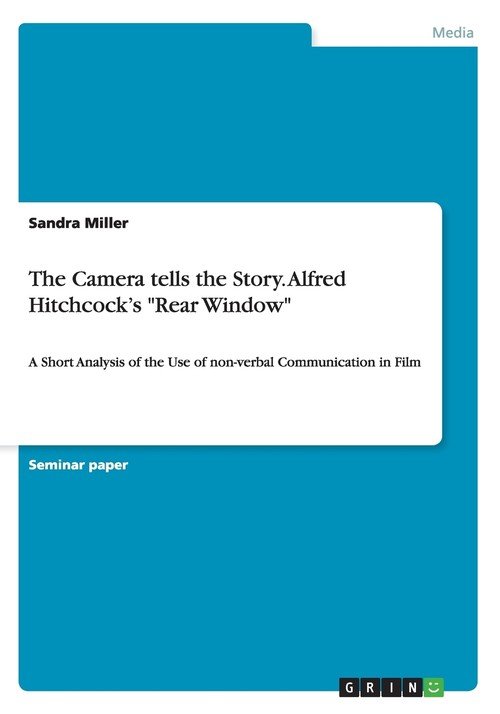 Wysyłamy w 2 tygodnie
Seminar paper from the year 2003 in the subject Communications - Movies and Television, grade: High Distinction, James Cook University (James Cook University), course: Communication, Information ' Society, language: English, abstract: Alfred Hitchcock used non-verbal communication extensively in his filmmaking to convey meaning and to create suspension for the audience. His critical and disparaging opinion of dialogue in film shows clearly that he did not consider language to be a privileged cinematic medium for communication - quite the opposite and he remarks that language "should simply be a sound among other sounds, just something that comes out of the mouths of people whose eyes tell the story in visual terms" (Hitchcock in Truffaut 272). The possibilities of the camera for conveying meaning was paramount to Hitchcock's storytelling. As a film-maker, he is widely acknowledged for his use of point-of-view shots, tracking shots, and other techniques that reinforce the power of looking or the role of the gaze in cinema. A well-known example of his use of camera movement is Rear Window (1954), a film that evokes a viewing experience for the spectator in the form of "a mental process, done by the use of the visual" (Spoto 224). As director, Hitchcock makes intensive use of his prerogative to manipulate points of view thereby controlling the viewer's gaze with narrative frames. The directing of the gaze is both an exercise of power and an imposition on those whom it captures. Theatrical and cinematic effects dominate in his work with the use of proxemics, stance and gestures of actors. Other visual clues are clothes and accessories worn by actresses. In Rear Window, most of the female's protagonist's dresses are mirrored in the dresses worn by other women. By coding dresses in such a way and juxtaposing them in different frames, they signify different states of mind and intentions; they act as emotional referents that connect the women through their visua

A Sassy Little Guide to Getting Over Him Miller Sandra Ann
0/5
66,99 zł