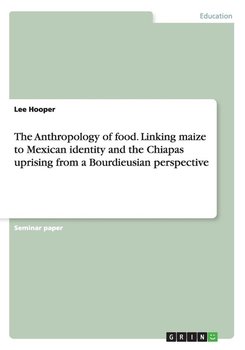 The Anthropology of food. Linking maize to Mexican identity and the Chiapas uprising from a Bourdieusian perspective 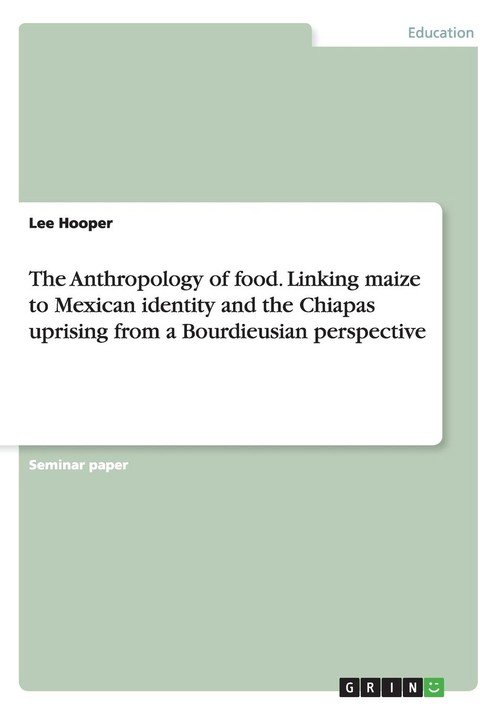 The Anthropology of food. Linking maize to Mexican identity and the Chiapas uprising from a Bourdieusian perspective (sewn)

The Anthropology of food. Linking maize to Mexican identity and the Chiapas uprising from a Bourdieusian perspective
Hooper Lee Obcojęzyczne | sewn
41,49 zł

To College or Not To College
Casey Bell S Obcojęzyczne | paperback
35,49 zł

Wysyłamy w 4-5 dni
Seminar paper from the year 2012 in the subject Pedagogy - Science, Theory, Anthropology, grade: 1,5, Massey University, New Zealand, course: Kulturanthropologie, language: English, abstract: On New Year's Day of 1994, guerrilla rebels from a south-eastern district called Chiapas captured several key municipalities, declaring armed resistance and the desire for an autonomous region from the Mexican government (Mertes, 2004, p. viii). This date coincided with the beginning of the North American Free Trade Agreement (NAFTA), which would allow for the removal of tariffs and the opportunity for American corporations to buy large sections of land across Mexico. The potential impact of this agreement meant that local farmers and indigenous communities would have to compete with new 'cash crops' and this would have a direct impact on the traditional farming of Mexico's most important staple food maize. The aim of this essay is to explore how maize is connected to the production and reproduction of national identity in Mexico, specifically how this is reproduced in the local area of Chiapas, and its influence on the Chiapas uprising. Through first outlining the theories of Bourdieu and then applying these to the situation in Chiapas, it will be shown that maize is directly tied to national identity and that national identity is closely linked to both class and ethnic identities in the region of Chiapas. It is concluded that the effects of both class and ethnic division, in relation to maize production and consumption, played an important role in precipitating the Chiapas uprising and changing local identity.

Właśnie zrecenzowałem The Anthropology of food. Linking maize to Mexican identity and the Chiapas uprising from a Bourdieusian perspective

Sex Difference in the Attitude of Students Towards the Study of Mathematics Mensah Farouq
0/5
251,99 zł
premium 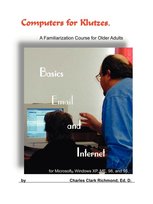