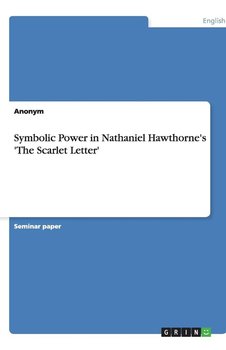 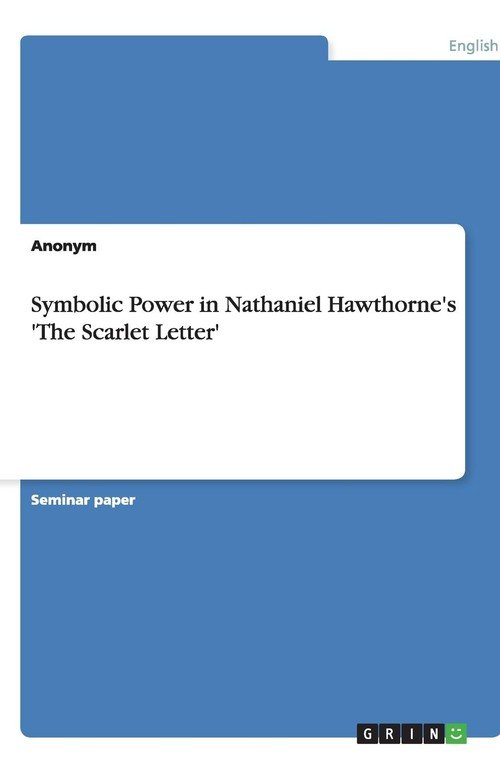 Seminar paper from the year 2009 in the subject American Studies - Culture and Applied Geography, grade: 1, 0, University of Frankfurt (Main), language: English, abstract: In discussions about Nathaniel Hawthorne's The Scarlet Letter much attention has been given to the question what the "A", which the sinful heroine Hester Prynne was ordered by the magistrates of the Puritan society to wear on her bosom, means. Scholars like Michael Pringle have concluded that the emblem of sin can be interpreted in manifold ways, from A for "adulteress" to A for "angel". This diagnosis indicates that the meaning of the symbol A changes during the course of the plot. However, not so much attention has been given to that process of change and to the symbol as a strong instrument of power to determine social discourse. This study will deal with the question of symbolic power in The Scarlet Letter, or, to be more precise: How does Hester change the meaning of the A, which originally has been forced upon her to stigmatize her clearly as sinner and in this way to exclude her from the rest of the society, in such a manner to her own benefit that it is turned upside down? What does that imply for the power-relationship between sinful individual and patriarchal society? Since the different actors (Hester, magistrates, common people) develop different attitudes towards the symbol, every single view must be analyzed individually to hint at least roughly at the diverse readings of the letter. Particularly, Hester's illegitimate daughter Pearl as the "living symbol" of her sin is an important part of the analysis, because she - by her own reading of the letter - serves throughout the novel as a reminder of sin and guilt. One major question that follows is whether Pearl replaces the original function of the letter and thus restrains the symbolic power Hester gains by changing the meaning of the A. Method: The first part should deal with the definition of symbols in their cultural respe

Seminar paper from the year 2009 in the subject American Studies - Culture and Applied Geography, grade: 1, 0, University of Frankfurt (Main), language: English, abstract: In discussions about ...
Udostępnij