Wysyłamy w 2 tygodnie
"This is an important book that no suicidologist should be without. In it, the author, Edwin S. Shneidman, brings together work he undertook and completed between 1971 and 1993. This work includes an empirical study, some single case studies, some theoretical think pieces, and some suggestions for psychotherapy. In this volume, Suicide as Psychache: A Clinical Approach to Self-Destructive Behavior, Shneidman introduces the concept of psychache, adding to the existing vocabulary on suicide to which he has contributed so generously. Shneidman defines psychache as the hurt, anguish, soreness, aching, psychological pain in the mind. Suicide occurs, he says, when the person experiencing the psychache deems the pain unbearable, suicide having to do with differences in individual thresholds for enduring psychological pain. Other concepts that bear Shneidman's imprint include suicidology, psychological autopsy, postvention, subintentional death, and postself. In the language of Suicide as Psychache, the growing numbers of people committing suicide in the United States give testimony to the growing prevalence of psychache in the U. S. population. Like all of Shneidman's work, this book goes well beyond its primary intent in that it is much more than a book about suicide. It is a theoretical book about the psychology of human behavior as reflected in suicide and about creative ways of investigating and responding to suicide phenomena. The book is divided into four parts: Foundations, Analyses, Response, and Follow-Up. This review, being a review, cannot possibly do justice to Shneidman's Suicide as Psychache: A Clinical Approach to Self-Destructive Behavior. It contains so many rich insights coupled with interesting literary references that help to enlarge readers' understanding and knowledge that persons are advised to read the book for themselves. By bringing together his earlier work and building on it, Shneidman allows readers to witness the evolution in his thinking about life and human behavior a

"This is an important book that no suicidologist should be without. In it, the author, Edwin S. Shneidman, brings together work he undertook and completed between 1971 and 1993. This work includes an
Udostępnij
Prezentowane dane dotyczą zamówień dostarczanych i sprzedawanych przez empik. 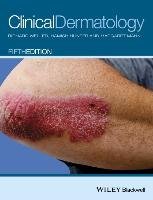