Wysyłamy w 24 godziny
British thriller directed by Peter Collinson. Brenda (Rita Tushingham) is a lonely young woman who occupies her time writing children's stories. Feeling that her native Liverpool is holding her back, she moves to London and tries to join the scene there. After finding work at a trendy boutique, Brenda spots handsome stranger Peter (Shane Briant) and kidnaps his dog as an excuse to go and meet him. The pair get on well and Brenda moves in, but it's not long before she finds herself in danger as a number of Peter's dark secrets are revealed. The cast also includes James Bolam, Katya Wyeth and Annie Ross. 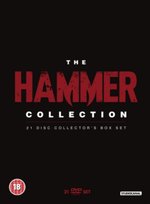