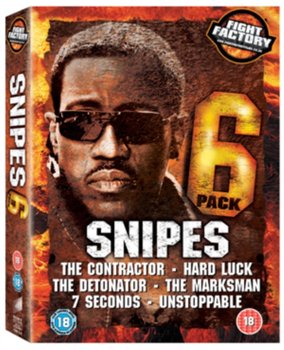 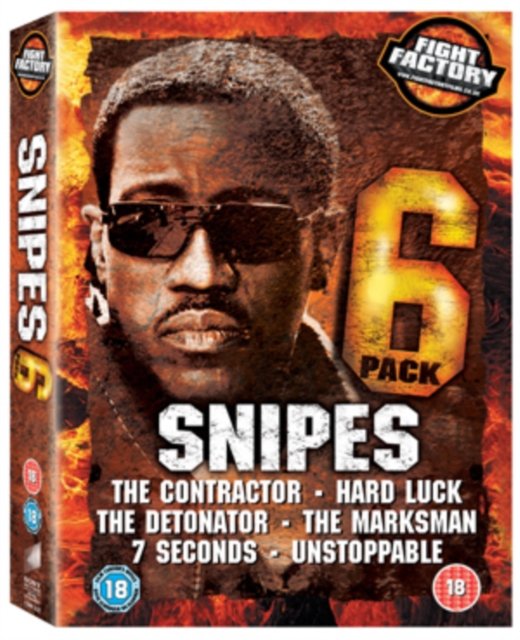 Wysyłamy w 24 godziny
Collection of six action films starring Wesley Snipes. '7 Seconds' (2005) features Snipes as a professional thief whose high-stakes caper goes murderously wrong. Captain Jack Tolliver (Snipes) is an ex-Delta Force commando leading what should have been a clockwork-perfect armoured car heist. Instead, he ends up with a priceless Van Gogh painting and one of his crew is held hostage by the sadistic Russian gangsters who muscled in on the heist. Tolliver's only option is a suicidal rescue mission where enemies become allies, your best friend can be your worst nightmare, and survival is the deadliest art of all. Timing is everything. 'Unstoppable' (2004) stars Snipes as former Special Ops soldier Dean Cage, who, after being mistaken for a CIA agent, is injected with a sinister new drug. Now locked into a race against time to find the antidote before he dies, Cage must also fight off the effects of the drug, which causes him to have strange and violent hallucinations. It is left to Cage's girlfriend, Amy (Jacqueline Obradors), to figure out what is going on in time to help save her man. In 'The Marksmen' (2005), when the US is tricked into targeting an 'armed' nuclear reactor captured by Chechen rebels, a Chechen leader is killed and rebel leaders capture the nuclear power plant. Enter Painter (Snipes), a special agent known as 'The Marksman'. Painter and his posse only have a limited amount of time to resolve the conflict before US military forces wade in. However, when things don't go according to plan, Painter suspects that foul play may be afoot. 'The Contractor' (2007) stars Snipes as James Dial, a former CIA hitman, now retired and living peacefully on a ranch in Montana, who is coaxed back into action to kill a dangerous terrorist in London. However, despite succeeding in his mission, he finds himself in deep trouble after being double-crossed and framed for killing a high-ranking policeman (Charles Dance). Forced into hiding, he develops a friendship with a 12-year-old girl, Emily (Eliza Bennett), who helps him to escape his pursuers. In 'The Detonator' (2006), undercover CIA agent Sonni Griffith (Snipes) travels alone to Poland to expose an arms dealer and stop the sale of a nuclear weapon. When the arms dealer is tipped off to Griffith's identity, he lands himself in prison but is quickly released by the CIA only to be given a new mission: to escort a beautiful Russian woman, Nadia (Silvia Colloca), back to the United States. Griffith soon learns that strong-willed Nadia is being hunted by the very arms dealer that he intended to destroy, but this evil dealer will stop at nothing to get the information out of Nadia that he needs - the location of the $30 million she has hidden that will buy him a nuclear bomb. Finally, in 'Hard Luck' (2006), an infamous ex-con on the road to redemption finds his quest unexpectedly complicated by the police, the mafia, and two of the nation's most vicious serial killers. 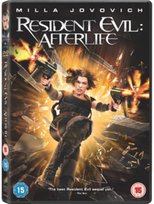