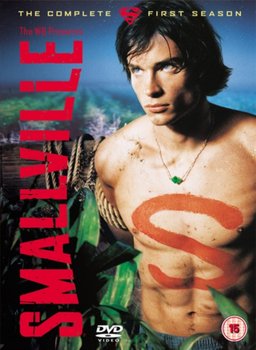 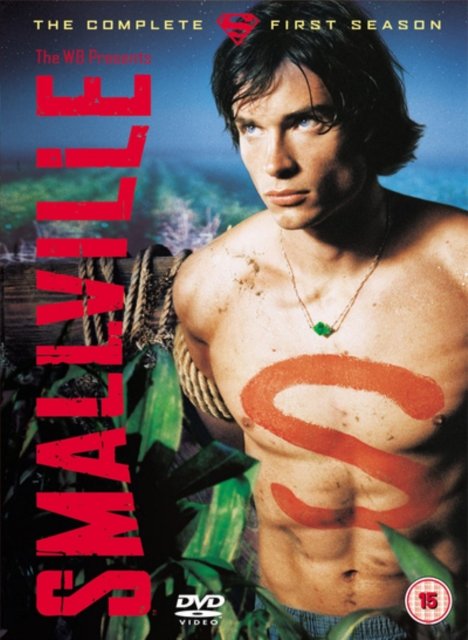 All 21 episodes from the first series about the teen years of a super-hero. Growing up in Smallville, Kansas, Clark Kent (Tom Welling) is a teenager who is on the road to becoming the champion of justice - and who will one day be known the world over as Superman. The pilot episode sets the scene of baby Clark's arrival in the town of Smallville, Kansas in 1989, when a meteor shower deposits him from outer space and he is adopted by Martha Kent (Annette O'Toole). In 'Metamorphosis', a nerdy insect collector is attacked by some of his bugs while driving, and takes on their behavioural patterns, attacking people and wrapping them in cocoons. 'Hothead' sees a short-tempered, loud-mouthed football coach, Walt Arnold (Dan Lauria) gaining fire powers from the kryptonite rocks he uses to heat his sauna. In 'X-Ray', a girl who has the power to morph into anyone she wants after kryptonite radiation treatment she had as a child, turns herself into Lex (Michael Rosenbaum) in order to commit a bank robbery. 'Cool' finds a football player who has fallen into an ice-covered lake with kryptonite at the bottom stealing the warmth from other human beings and freezing them solid. In 'Hourglass', a visit to an old people's home unleashes a tale of murder and revenge. In 'Craving', a dieting girl turns into a body-fat vampire after eating kryptonite-contaminated vegetables. 'Jitters' sees a group of schoolchildren being taken hostage by a man affected by chemicals at the Luthercorp plant. In 'Rogue', a crooked police detective tries to blackmail Clark into helping him with his illegal operations. 'Shimmer' finds an invisible intruder at large in Lex's house. In 'Hug', two men who have been exposed to kryptonite find they have incredible powers of persuasion with anyone they touch. In 'Leech', Clark and a classmate, Eric (Shawn Ashmore) swap personalities after being struck by lightning. In 'Kinetic', a gang of thugs who use their kryptonite tattoos to pass through walls draw Whitney (Eric Johnson) into their circle. 'Zero' sees Lex being kidnapped by a man he thought was dead, following an incident in a nightclub many years previously. In 'Nicodemus' a flower created in Level 3 of the Luthercorp fertiliser plant is causing everyone to get in touch with their true instincts. In 'Stray', a boy with telepathic powers is taken in by the Kents, but Clark is immune to his mind-reading powers. 'Reaper' sees a man on a deranged mission to relieve old people from their suffering. 'Drone' sees Sasha (Shonda Farr), a candidate in the election for school president, using her power to control swarms of bees to attack anyone who dares to run against her. In 'Crush', a young cartoonist who has developed the power of telekinesis since losing the use of his hands in a hit-and-run accident uses his powers to wreak revenge on those who hurt him. 'Obscura' sees reporter Roger Nixon (Tom O'Brien) looking into the origins and effects of that fateful meteor shower. Finally, 'Tempest' sees Clark and Chloe (Allison Mack) preparing for their date at the Spring Formal when three tornadoes strike the town simultaneously. Roger Nixon, who has found the key to the spaceship, activates it at the very moment the tornadoes strike. Meanwhile, Lana is whisked into a tornado - and only Clark can save her.

All 21 episodes from the first series about the teen years of a super-hero. Growing up in Smallville, Kansas, Clark Kent (Tom Welling) is a teenager who is on the road to becoming the champion of ...
Udostępnij