The Book of Unknown Americans by Cristina Henriquez meets Everything I Never Told You by Celeste Ng in a captivating family drama with the intensity of An Untamed State by Roxane Gay.

When Aidan Little Boy leaves his ailing mother’s side to visit his sister on a peyote church property in South Dakota, he encounters a religious cult run by an apparently superhuman leader. Suddenly his nondescript life becomes tangled in a world that has grown disturbing and strange.

In a series of remarkable events, the ancient beings of Native American folktales are manipulated by people with strong connections to the parallel world of spirits and ghosts. Soon Aidan uncovers evidence that his sister and the rapidly growing congregation are in danger. He must understand these unknown powerful forces before the Reparation, a ceremony that will slaughter thousands of innocents.

This complex and surreal novel merges folktales, history, and the contemporary with magical realism in a hypnotically addictive original tale.

Comparable titles: Beneath the Scarlet Sky by Mark Sullivan, The Horse Whisperer by Nicholas Evans, American Gods by Neil Gaiman, 1Q84 by Haruki Murakami, Blindsighted by Karin Slaughter, I’m Watching You by Karen Rose, Night by Elie Wiesel, Killers of the Flower Moon and The Lost City of Z by David Grann, The Light Between Oceans by M.L. Stedman, The Handmaid’s Tale by Margaret Atwood, They Both Die at the End by Adam Silvera, Riding Lessons by Sara Gruen, The Immortalists by Chloe Benjamin, The Round House by Louise Erdich, Eileen by Ottessa Moshfegh, We Are Called to Rise by Laura McBride, Calling Me Home by Julie Kibler, The Turner House by Angela Flourney, Plainsong by Kent Haruf, Liam Taggart ' Catherine Lockhart by Ronald H. Balson, and Winter’s Tale by Mark Helprin.

Laine Cunningham’s books are included in the fantastic fiction found on “books to read” and “good books to read” lists curated on online book review sites. Bookworms have compared her stories to bestselling books that garner recommended reading notes by bookstore employees. Browse the full selection of her fiction and nonfiction titles at Amazon books, Books-A-Million, Barnes ' Noble, and your local independent bookstore.

NATIONAL AWARD WINNERThe Book of Unknown Americans by Cristina Henriquez meets Everything I Never Told You by Celeste Ng in a captivating family drama with the intensity of An Untamed State by Roxane
Udostępnij
Prezentowane dane dotyczą zamówień dostarczanych i sprzedawanych przez empik. 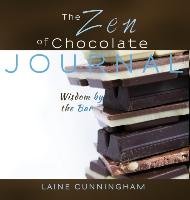